Reporter Just Revealed the Reason Donald Trump Believes Vladimir Putin Over U.S. Intelligence When It Comes to Election Meddling, and It's Classic Trump 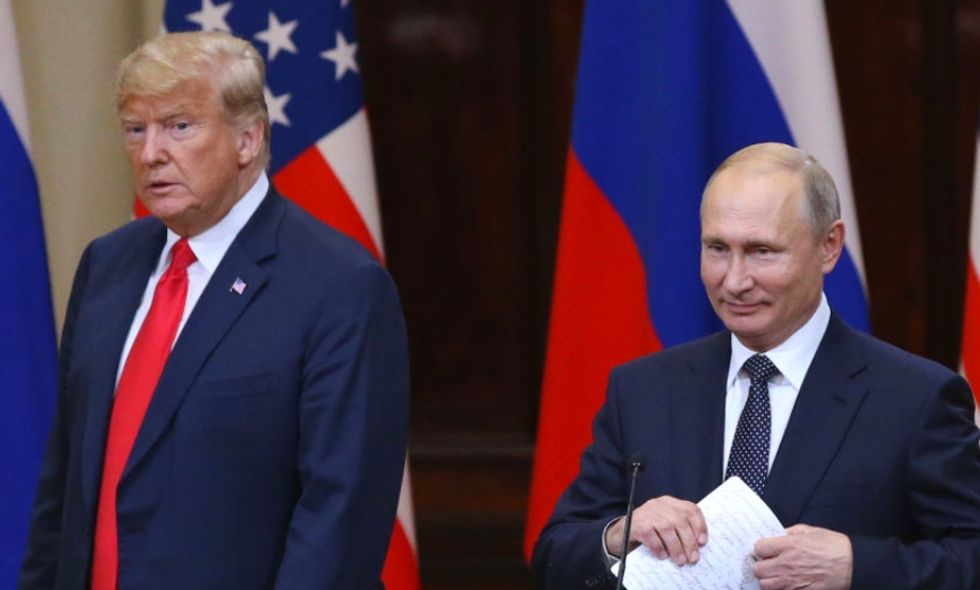 As stories of the lengths President Donald Trump has gone to conceal records of his private discussions with Russian President Vladimir Putin continue to unsettle the American public, New York Times reporter David Sanger told CNN why Trump was hesitant to side with U.S. intelligence in its belief that Putin acted to influence the 2016 presidential election.

The reason? Putin told him.

After his December 2017 meeting with Putin in Germany, Trump called Sanger. According to Sanger, Trump defended Putin against the findings of his own intelligence officials, echoing sentiments expressed to him by Putin: that Russia couldn't have done it, because Russian officials wouldn't have gotten caught. Trump also expressed doubt of the intelligence agencies' findings because they came from former FBI director James Comey (whom the President called a "bad cop" as recently as this morning) and former CIA director John Brennan. After their dismissals, both went on to be critical of the President.

"He said he was really impressed by that argument...So he essentially sided with a Putin explanation that would cast into doubt whether or not the Russians actually did this -- something he had been doing during the campaign."

Given Trump's history of defending Putin, many thought it was typical that the President would take up for the Kremlin rather than his own intelligence officials.

@peterbakernyt @SangerNYT Sure as long as you don’t take into consideration the fact that Mueller knows exactly whi… https://t.co/iaCRFX9QJg
— Ellen (@Ellen) 1547661811.0

As Sanger pointed out, Trump would later side with Putin again, this time in public.

The President drew heavy criticism a few months later in July of 2018 when he sided with Putin again during a joint press conference in Helsinki.

"President Putin says it's not Russia. I don't see any reason why it would be."

He justified it using former Secretary of State Hillary Clinton's emails, and reiterated that Putin was "extremely strong and powerful" in his denial.

To this day, the details of their hours long private conversation at the Helsinki conference haven't been disclosed.

Democratic lawmakers are pushing to get to the bottom of it, but many believe that Trump will impede their acquisition at every turn.

@NBCPolitics @xtrixcyclex Bet he already eat them. Gone. Compare to what the Administration has saved for other leader calls and meetings.
— Gary Lundberg (@Gary Lundberg) 1547701269.0