This Official 'Trump' Plaque on the Southern Border Is a Total Lie, and George Conway Can't Stop Calling Trump Out for It 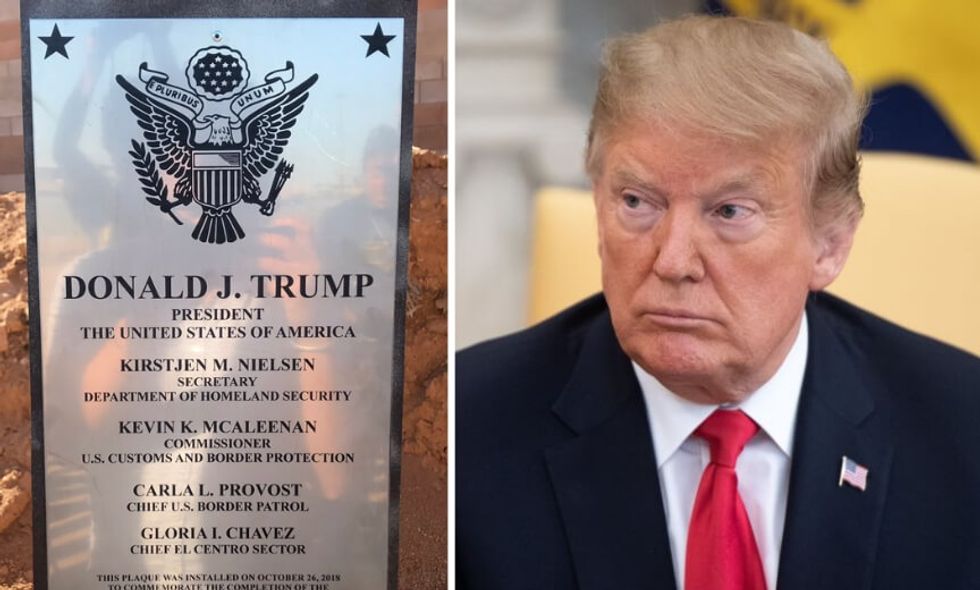 One of the reasons President Donald Trump is said to be so insistent on building a wall at the southern border is because it would be the ultimate monument to himself.

While Trump himself has never said this, judging from the plaque recently installed among some fencing near California's southern border, his detractors may have a point.

"This plaque was installed on October 26, 2018 to commemorate the completion of the first section of  President Trump's border wall."

As it turns out, the portion of "new" wall isn't new at all, but a replacement fence that was approved in 2015—before Donald Trump had even announced his candidacy for President. Now, Trump's false assurances that miles of new wall are being built are immortalized.

“A September 2017 statement from the Department of Homeland Security said the project would replace two miles of ex… https://t.co/ayEeUxE8ne
— George Conway (@George Conway) 1554179300.0

And then one final burn:

Trump has a pattern of this behavior.

@gtconway3d Just like the ones at his golf clubs proclaiming Trump champion of tournaments there.
— miss speech (@miss speech) 1554178806.0

And while the plaque may look pristine now, many don't expect it to stay that way.

But at least Donald got his shiny nameplate.