Details of Donald Trump's Military Parade Just Leaked, and They're Just as Over the Top As You'd Expect 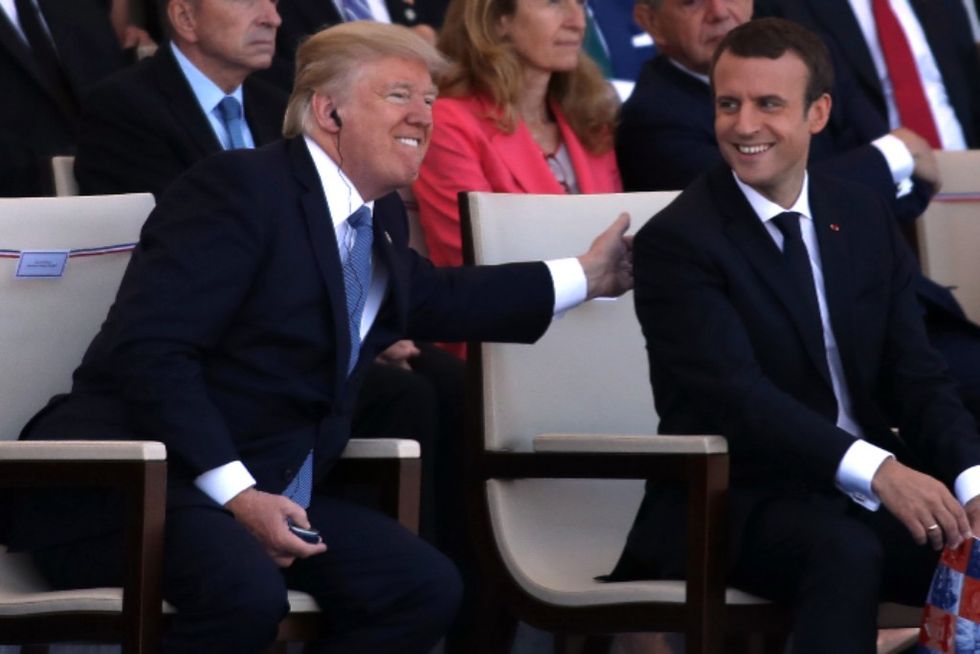 One upcoming event lost in recent news is the military parade President Donald Trump ordered the Pentagon to arrange. Trump wanted a big parade of United States military forces ever since attending the Bastille Day Parade in Paris, France, as the guest of French President Emmanuel Macron.

The President and First Lady traveled to France to attend the festivities of the 100th anniversary of the United States entry into World War I. Needless to say, France pulled out all the stops for the special occasion.

Which led the U.S. President to lament the lack of such extravagant displays for him back in Washington DC. But according to information from the planning for the Trump mandated military parade, the display of U.S. military might can best be described as excessive —and expensive.

About 50 military personnel of the United States Military District of Washington (MDW) now dedicate their time to planning the President's parade scheduled for Saturday, November 10.

The Pentagon plans between 5,000 to 7,000 servicemembers marching from the United States Capitol building to before the President at the White House viewing area. About 100 vehicles, 50 aircraft and 100 horses will join the service members on foot, representing all branches of the military.

In a March memo, United States Marine Corps General Joseph Dunford, Chairman of the Joint Chiefs of Staff,  excluded the use of tanks, despite Trump requesting them. The General wanted only wheeled vehicles in order to "minimize damage to local infrastructure."

The streets and sidewalks of Washington DC were not designed for tank traffic. And as per military regulations, payments to repair any damage done to the streets comes directly from the Pentagon budget.

Instead of tanks, the General suggested "a heavy air component at the end of the parade, to include older aircraft as available." Joint Base Andrews, shared by the United States Air Force and United States Navy, falls within the MDW and is where Air Force One is maintained.

"It is anticipated that several thousand Armed Forces personnel will participate in the parade, as well as provide ceremonial support including musical units, marching bands, and color guards, to render appropriate ceremonial honors to our Nation's military members, Veterans and their Families," a spokesman for U.S. Northern Command said in a statement.

The parade will honor the contributions of veterans, the current force, and the future force. More details and specifics about the Veterans Day Military Parade will be announced at a later date."

The President received heavy criticism from military members, the public and veterans when he proposed his military parade back in 2017.

Louisiana Republican Senator John Kennedy stated "confidence is silent" in regards to the need for the United States to display their military prowess in an over the top parade in the manner of North Korea or the former Soviet Union or China. And Texas Representative Marc Veasey and Senator Ben Cardin of Maryland, both Democrats, attempted to block the use of taxpayer funds to pay for the parade.

Under military regulations, the expense of transporting, feeding and housing the parade participants must come from the Pentagon's 2019 budget for such ceremonial functions. The estimated cost of the parade stands at $12 million, although earlier estimates stated a total between $10 million to $30 million.

As a result, the military may not be available for other color guard duties during fiscal year 2019, which begins October 1, 2018, little more than a month before the parade.

Which presents another potential issue.

Military sources did not address what happens if Congress and the President fail to approve the 2019 federal budget before November 10, 2018.

The fiscal year 2018 budget, submitted March 16, 2017, failed to get approval for over a year. Trump's fiscal year 2019 budget remains unapproved with only four months until the parade.

A survey conducted by the Army Times in February showed 11 percent of active duty military members in favor of the parade and 89 percent opposed to it.

And therein lies the issue most make with the Veteran's Day Parade of military might. Those it contends to honor —active duty and military veterans— are among the most vocally opposed to it.

If you plan a parade for someone and they do not want it, who is it really for?

The organization Vote Vets offered a strong opinion on that topic after the plans for Trump's parade became public.

Training troops in Korea is too expensive, but using that money for troops to march for Trump's ego is ok? How abo… https://t.co/vu8omqKdSh
— VoteVets (@VoteVets) 1531944525.0

Brandon Friedman, former Deputy of Veterans Affairs under President Obama and a veteran himself, compared the headlines of cuts to veterans' services versus the parade's estimated cost.

President Trump, his grandparents, parents nor any of his children are military veterans.