Donald Trump Just Admitted For the First Time That Michael Cohen Represented Him in the Stormy Daniels Case, and Daniels's Lawyer Can't Even 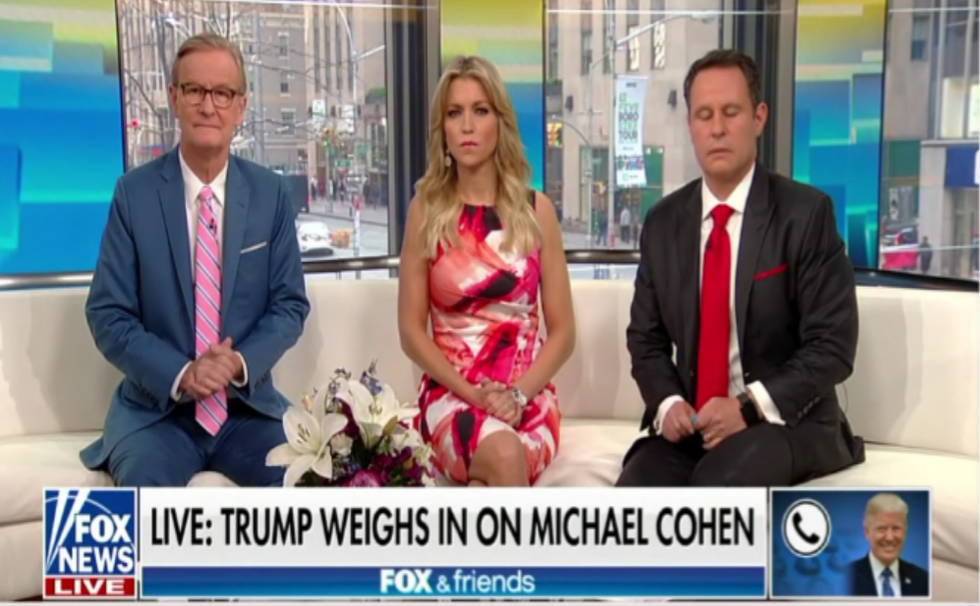 In an early morning call in to one of his favorite programs, President Donald Trump told the hosts of Fox & Friends that lawyer Michael Cohen represented him in his deal with Stephanie Clifford, who worked under the stage name Stormy Daniels.

Michael (Cohen) would represent me and represent me on some things, he represents me like with this crazy Stormy Daniels deal he represented me and ya know from what I see he did absolutely nothing wrong. There were no campaign funds going into this.”

In a discussion about the president's habit of making candid statements against his own interest, Avenatti stated this morning's admission, that there was a deal with Clifford and Trump's personal attorney Cohen represented him in the matter, is very damaging for Trump's defense against his client.

"Another gift from the heavens in this case," Aventti remarked. "They keep coming. I don't know how I've fallen into such good luck in this case, but I'm gonna take it."

"We now find out," continued Avenatti speaking to the Morning Joe hosts, "that that's bogus."

That was a lie on Air Force One because he's now just admitted, and he tripped himself up, he's just admitted that fact Michael Cohen represented him in connection with the Stormy Daniels situation."

In a response to another panelist's question about the admissibility of the president's comments, Avenatti responded, "It's called a party admission."

"So when you're a party to a lawsuit it doesn't matter if you're under oath or not, when you make a statement whether it be to your family member or a neighbor or someone you meet on the street whether it's recorded or not, it's called a party admission."

The thing is, usually it's difficult to prove those party admissions because you don't videotape or audiotape but in this case we have video and audiotape of the president making these damaging admissions which makes them even more powerful."

Avenatti later went on to Twitter, where the president conducts much of his communication with the public, and thanked Fox & Friends for having the president as a call in guest.

"Thank you (Fox & Friends) for having Mr. Trump on this morning to discuss Michael Cohen and out case," Avenatti posted.

He added it was "Very informative."

Thank you @foxandfriends for having Mr. Trump on this morning to discuss Michael Cohen and our case. Very informative.
— Michael Avenatti (@Michael Avenatti) 1524747126.0

Avenatti was not the only one with something to say about the president's reversal of prior claims that Cohen was not acting on his behalf while dealing with Stephanie Clifford.