A Bible Supposedly Signed by Donald Trump Just Sold on eBay for Hundreds of Dollars, Because of Course It Did 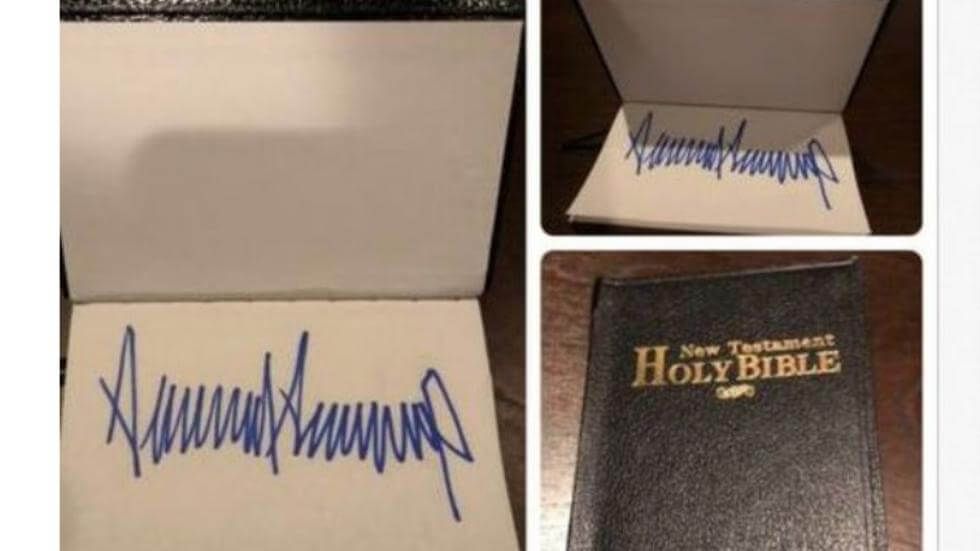 President Donald Trump made headlines earlier this month after he signed bibles for tornado victims in Alabama.

It turns out that it wasn't the first time the President honored the strange request. He reportedly signed at least one bible prior to the occasion, and that bible just sold for $325 on eBay.

The bible, originally listed at $525, was put up for auction by GraphWizard collectibles with a certificate of authenticity claiming it was signed by then-candidate Trump at a 2016 campaign rally. The site features other Trump memorabilia, including a book he reportedly signed for his mother which costs upwards of $25,000.

While some are reaping profits for the bible's sale, Twitter is throwing shade.

Some thought the listing was indicative of a greed at odds with the teachings the book represents.

Others thought it was capitalism in action.