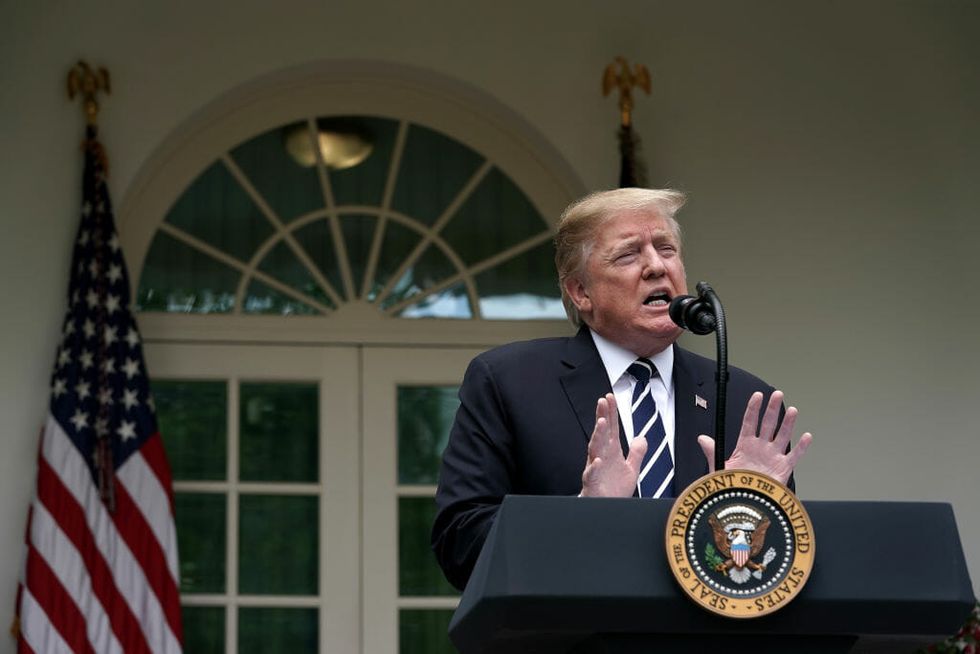 WASHINGTON, DC - MAY 22: U.S. President Donald Trump speaks about Robert Mueller's investigation into Russian interference in the 2016 presidential election in the Rose Garden at the White House May 22, 2019 in Washington, DC. Trump responded to House Speaker Nancy Pelosi saying he was engaged in a cover up. (Photo by Chip Somodevilla/Getty Images)

The Department of Health and Human Services proposed a new rule that would woefully walk back an Obama-era regulation defining sex-based discrimination to include gender identity. The definition relates to section 1557 of the Affordable Care Act, which prohibits discrimination in healthcare on civil rights grounds.

“Sex means a person’s status as male or female based on immutable biological traits identifiable by or before birth," the department proposed. "The sex listed on a person’s birth certificate, as originally issued, shall constitute definitive proof of a person’s sex unless rebutted by reliable genetic evidence.”

What's more, the move is only the latest development in what has been an onslaught of discriminatory, harmful policies targeting the transgender community.