Where Is My Polling Location for the Texas 2018 Primary Election? 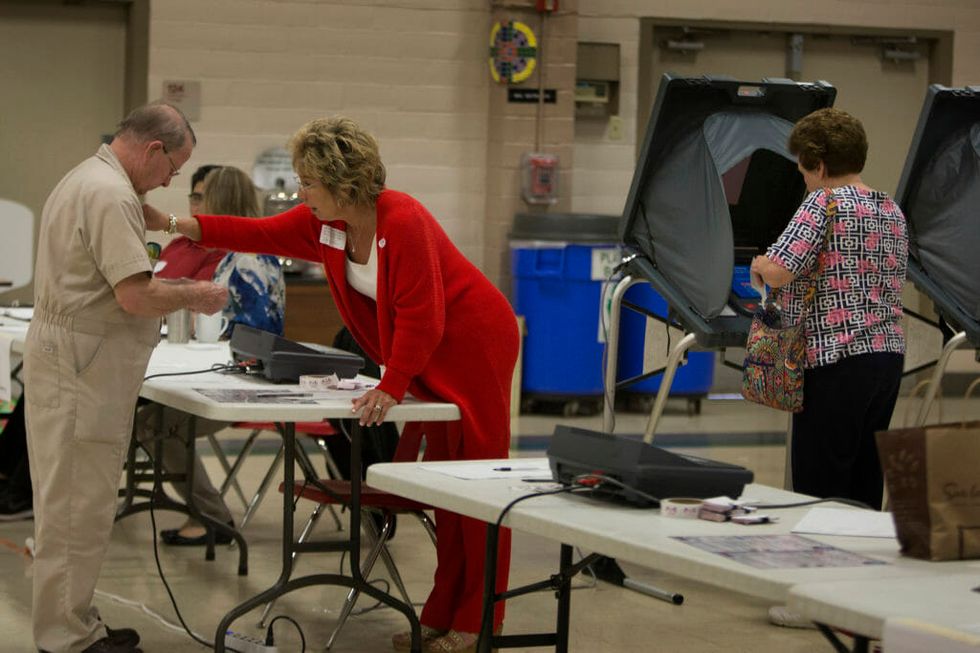 HOUSTON-MARCH 1: A voter prepares to vote at Bunker Hill Elementary School in Houston, Texas. (Photo by Lucian Perkins /for The Washington Post via Getty Images)

On Tuesday, March 6th, 2018, Texas voters go to the polls to vote in the first primary elections of the 2018 midterm elections.

Polls throughout Texas open at 7AM and close at 7PM local time.

As of this past Saturday, it's been reported that in Texas's most populous counties, more than 885,000 people had voted early or by mail, which amounts to a 50% spike from 4 years ago.

According to Fox News:

The early numbers also indicate that for the first time since 2008, more Texas Democrats will vote in their primary than Republicans. By Saturday, the Texas Secretary of State’s office noted 465,000 people voted in the Democratic Primary in the state’s 15 largest counties, compared to just about 420,000 Republicans.

This is leading some to see signs of a national blue wave in November.

Voters are going to the polls to choose nominees on both sides of the aisle in a variety of elections including Governor, Lieutenant Governor, U.S. Senator, and members of Congress representing districts throughout the state.

If no one receives 50% of the vote in any given primary election, there will be a run-off ahead of the November 6th primary.

The surge in Democratic turnout received much attention on Twitter from both sides of the aisle:

Texas Republicans: if you don’t like this score you can change it tomorrow. Go vote on Tuesday & take someone else… https://t.co/YsqnqjHpag
— Greg Abbott (@Greg Abbott) 1520265438.0

And many candidates running on Tuesday weighed in with Get Out The Vote messages to their voters:

#Texas is reporting a record number of voters this primary. Be a part of history Tuesday. BE A VOTER. Find your vot… https://t.co/TuQvmT6Fpt
— Dayna Steele (@Dayna Steele) 1520190499.0

Excited to share that our campaign has been endorsed by the editorial board at the Corpus Christi Caller-Times. The… https://t.co/DYLQN6clU9
— Beto O'Rourke (@Beto O'Rourke) 1520291195.0

As well as famous relatives: