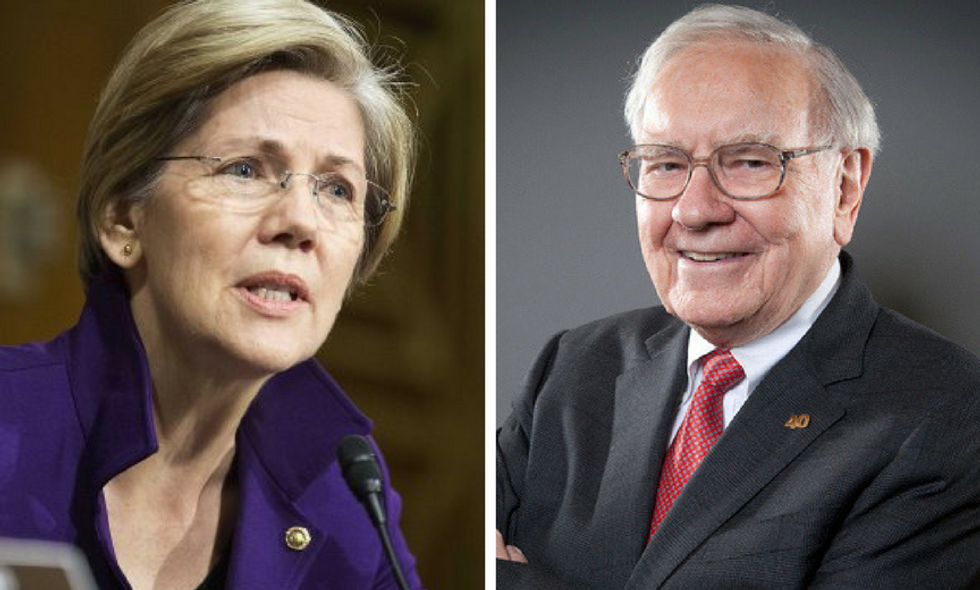 As the Senate healthcare bill to repeal and replace the Affordable Care Act stalls, two very different voices on the left are stepping up their calls for single payer healthcare as the solution to the nation's healthcare crisis.

During an interview with PBS Newshour earlier this week, billionaire Democratic donor Warren Buffett made the case for a single payer healthcare system as the best way to bring healthcare costs down.

"With my limited knowledge, I think [single payer] probably is the best system," Buffett said, adding that "It would be more effective" to bring down costs.

“President Obama tried to move us forward with health-care coverage by using a conservative model that came from one of the conservative think tanks that had been advanced by a Republican governor in Massachusetts. Now it’s time for the next step. And the next step is single payer.”

During the healthcare debate in 2009 and 2010, Republicans had expressed their fear that the Affordable Care Act would serve as a slippery slope toward a government run system, and sure enough, the appetite for such a program seems to be growing.

Compare that with the support the Republican Senate health care bill is garnering in polls this week.

During his presidential bid last year, Senator Bernie Sanders made a single payer Medicare for All model of healthcare a cornerstone of his agenda and pushed for such a system as recently as Sunday on Meet The Press.

"There's something wrong when we remain the only country not to guarantee healthcare to all people as a right. I am going to go forward with a Medicare for all single payer program and I think that’s the direction longterm where we should be going."

Sanders believes support for a single payer system should be a litmus test for any Democrat running for President in 2020.