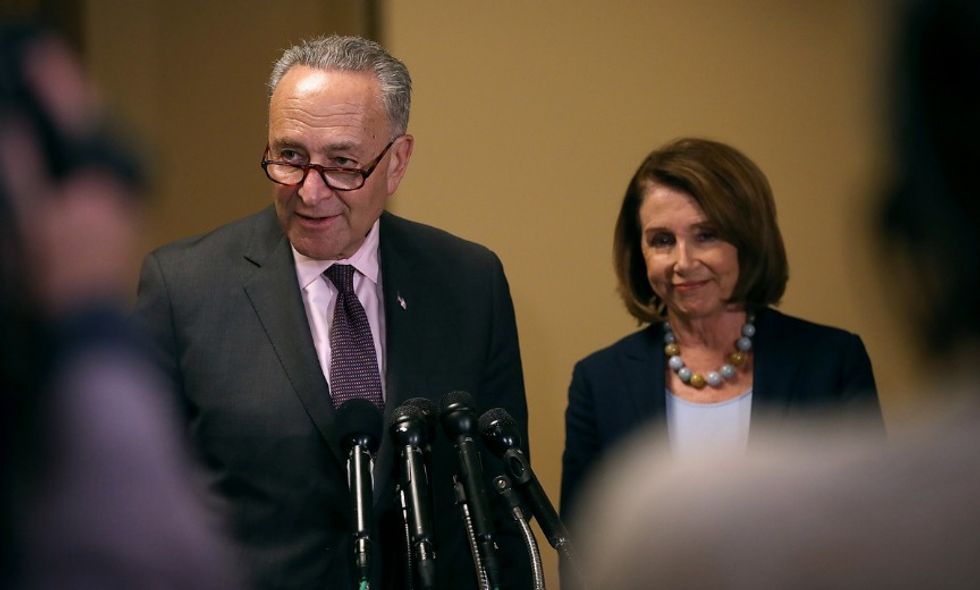 While President Donald Trump may still have the support of most Republicans, some of the party's most generous donors are putting their foot down as well as their wallets.

Among these are the billionaire investor Seth Klarman, who usually keeps a low profile. Klarman spoke to New York Times writer Bari Weiss on why he's begun increasing his donations to Democratic candidates:

“One of the reasons I’m willing to come out of my shell and talk to you is because I think democracy is at stake. And maybe I’ll be able to convince some other people of that. And get them to support Democrats in 2018.”

Klarman was the top donor to the GOP in New England before the 2016 election, giving millions of dollars to Republican lawmakers like Marco Rubio and Paul Ryan. As the New York Times article points out, Klarman is not only giving exclusively to Democrats now, but giving more than he ever gave to Republicans by over double, as his soon-to-be-released F.E.C. filings will show later this month. Klarman is hoping the donations will help flip the house and senate, ensuring a "check on Donald Trump and his runaway presidency."

According to OpenSecrets.org, which tracks donations to candidates and causes, Klarman has donated exclusively to Democratic candidates in the year 2018. Though he donated to some Republicans in 2017, his donations that year were majorly for Democrats as well. Until around mid-2016-at the height of the brutal presidential campaign-his donations were primarily for Republican candidates.

While Democrats admit that less money in the pockets of Republican politicians only benefits them, the presence of big money in politics isn't exactly something to cheer about.

@nytopinion @bariweiss Priority needs to be systemic change. Too few have influence over too many.
— Derek Grabhorn (@Derek Grabhorn) 1537040495.0

@ProudResister I don't think anyone should be allowed to give that much money to any political party. Too much power...too much influence.
— Sylvia Dacus (@Sylvia Dacus) 1537109190.0

While the #WalkAway hashtag may have been invented by Trump supporters as a call to action for disgruntled Democrats, it's Klarman and other Republican billionaires who seem to be heeding the advice.

Les Wexner of L. Brands and one of the Republican party's most generous donors has had enough as well, reportedly saying, “I won’t support this nonsense."

Wexner was inspired to leave the Republican party after former President Barack Obama's recent speech on a visit to Cleveland. Wexner was "struck by the genuineness of the man; his candor, humility and empathy for others." It's a trait that seems to have evaporated from the White House.

Wexner went a step further than Klarman, deciding he was officially no longer a Republican. Twitter hailed the decision.

If the Republican party doesn't get the White House under control, this could very well become a pattern. And there are only so many billionaires in America.