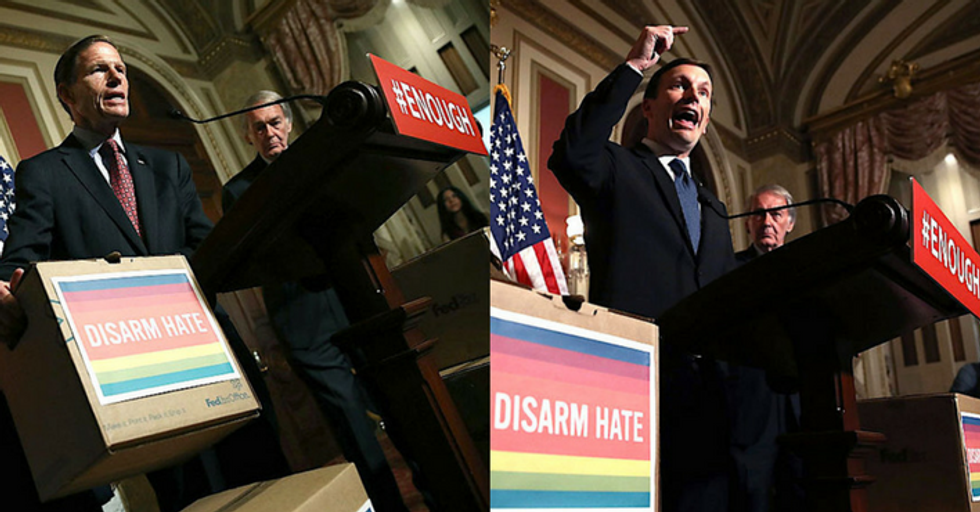 The senator, who represents the community where the deadly Sandy Hook school shooting occurred, is a vocal advocate for gun control. Murphy reacted to the feelings of helplessness that Americans experience after news of these mass shootings.

“The paralysis you feel right now ― the impotent helplessness that washes over you as news of another mass slaughter scrolls across the television screen ― isn’t real," Murphy stated. "It’s a fiction created and methodically cultivated by the gun lobby.”

None of this is inevitable ... It is uniquely and tragically American.”

Murphy called Congress “cowardly” and challenged his colleagues, some of whom receive large donations from the National Rifle Association and other organizations that routinely block efforts to enact gun control legislation.

How can you claim that you respect human life while choosing fealty to weapons-makers over support for measures favored by the vast majority of your constituents.”

Horror, heartbreak, shame. Prayers are important but insufficient. After another unspeakable tragedy, Congress must act - or be complicit.
— Richard Blumenthal (@Richard Blumenthal) 1509916080.0