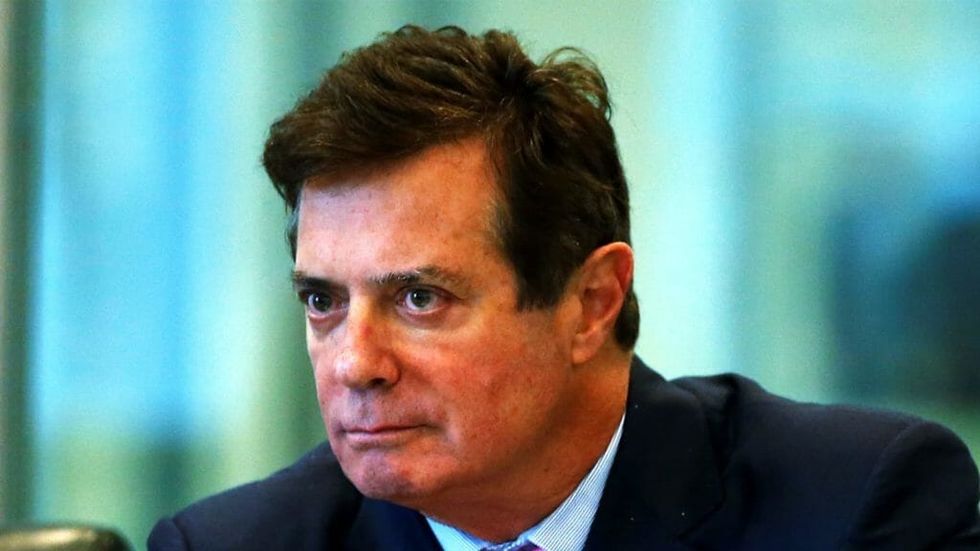 Manafort had earlier met with Senate investigators. A person with intimate knowledge of the investigation revealed he agreed to provide notes of the June 9, 2016, meeting at Trump Tower last year with Natalia Veselnitskaya, a Russian attorney. The meeting ignited national controversy after President Donald Trump's son, Donald Trump Jr., revealed that he met with Veselnitskaya during the presidential campaign. An intermediary for Veselnitskaya promised damaging information about Hillary Clinton, the Democratic opponent. Trump Jr.’s emails contradict months of denials by the Trump administration of any collusion with Russian operatives.

Jared Kushner, the president's son-in-law and senior adviser, has also sought to distance himself from the meeting and is returning to Capitol Hill tomorrow for the second day of meetings with the Senate and House intelligence committees. Kushner describes attending the meeting, noting that he arrived late and that when he got there, the Russian lawyer was discussing a ban on U.S. adoptions of Russian children.

“I had no idea why that topic was being raised and quickly determined that my time was not well-spent at this meeting,” Kushner wrote in an 11-page statement that is his first public accounting of what he says are his four meetings with Russians during the 2016 campaign and transition. “Reviewing emails recently confirmed my memory that the meeting was a waste of our time and that, in looking for a polite way to leave and get back to my work, I actually emailed an assistant from the meeting after I had been there for 10 or so minutes and wrote, ‘Can u pls call me on my cell? Need excuse to get our [sic] of meeting.’”

The subpoena might be the least of Manafort's troubles. On top of recent accusations of money laundering, Manafort secretly worked for a Russian oligarch to advance the interests of Russian leader Vladimir Putin, according to a March report from The Associated Press.  As early as 2005, Manafort signed a $10 million annual contract with Putin ally Oleg Deripaska to “influence politics, business dealings and news coverage inside the United States, Europe and the former Soviet republics to benefit the Putin government,” the AP report continues.

The AP obtained documents which laid out Manafort’s plans, including strategy memoranda and records showing international wire transfers for millions of dollars. It is still unclear how much work he performed while under contract. People familiar with the relationship between the two men, who spoke on condition of anonymity because they were not authorized to discuss the secret payments publicly, said money transfers to Manafort amounted to tens of millions of dollars, continuing through at least 2009.

The documents further reveal that Manafort pushed policies as part of his work in Ukraine “at the highest levels of the U.S. government — the White House, Capitol Hill and the State Department.” He also said he had hired a “leading international law firm with close ties to President Bush to support our client’s interests.” He did not identify the firm. Manafort also declined to identify legal experts for the effort at leading universities and think tanks, including Duke University, New York University and the Center for Strategic and International Studies.

When pressed for comment, Manafort confirmed he worked for Deripaska in various countries, but suggested he was the subject of a “smear campaign.” He accused the media of casting his work in an “inappropriate or nefarious” light.

“I worked with Oleg Deripaska almost a decade ago representing him on business and personal matters in countries where he had investments,” Manafort said at the time. “My work for Mr. Deripaska did not involve representing Russian political interests.”