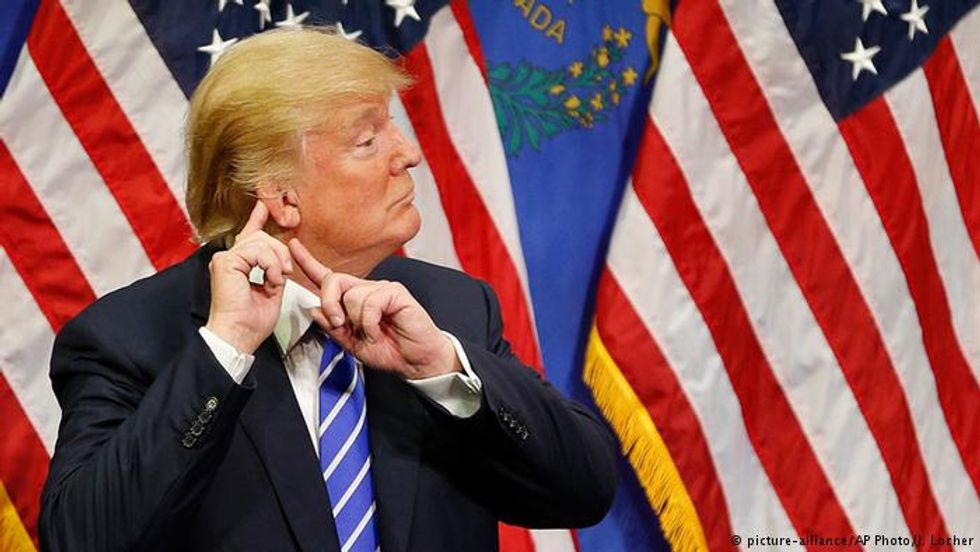 "As the governors of Washington, Oregon and California and the mayors of Seattle, Portland, San Francisco, Oakland and Los Angeles, we speak today in support of the Clean Power Plan. We speak in unified opposition to the idea of any decision by the President to limit our region’s economic opportunities or our commitment to doing what’s right to make our cities and states cleaner and healthier for future generations."

The group disputed the president's repeated statements that environmental protections are causing job loss, saying "There is no question that to act on climate is to act in our best economic interests. Through expanded climate policies, we have grown jobs and expanded our economies while cleaning our air."

California, in particular, appears ready to lead on the environment. Last week, California's Air Resources Board adopted new stricter standards following the Trump administration's changes to ease fuel economy standards. Because California's standards are the basis of the standards in 13 other states, these actions may set up a fight between the states and the federal government if Trump does not continue the waiver that allows California to set stricter standards.

Brown also said that he believes Trump's actions will ignite additional protests and momentum to fight climate change. "There is a growing activism on the part of millions of people who will not stand by and let Donald Trump effectively tear up the Paris agreement and destroy America’s climate leadership and jeopardize the health and well being of so many people."

Jay Inslee, the governor of Washington joined the criticism. "President Trump's decision to ax the Clean Power Plan cedes U.S. global leadership and increases the risk that climate change will continue to damage our state. We can't afford to slow our efforts, and we won't."

The "Left Coast" leaders made their call to activism clear: "Our cities and states will continue to assert our leadership and position our region for economic success. We urge states, cities and businesses from across the country to join us in leading and re-affirming our commitment to cut carbon emissions and reverse the damaging impacts to our communities of unfettered pollution."