Tesla Begins Installations of Its Solar Roof On Employees’ Homes 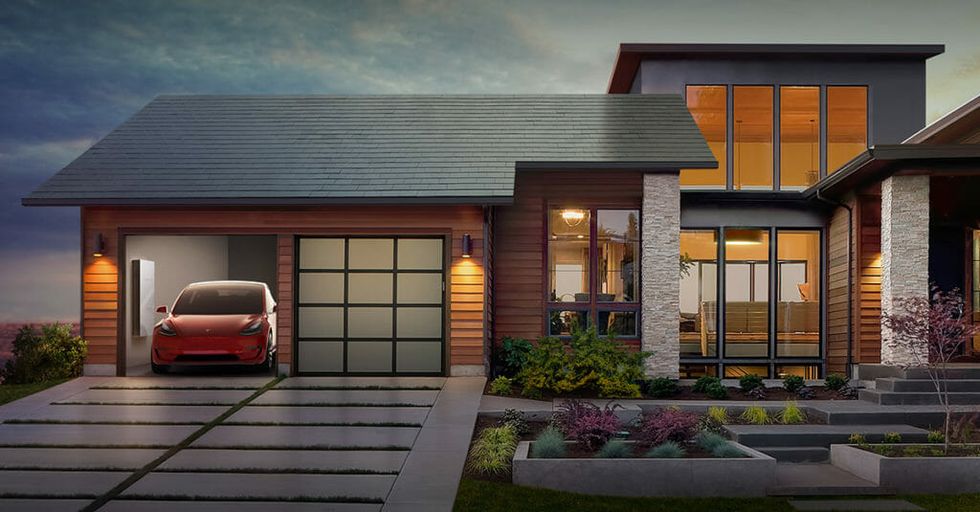 Exactly one year after Tesla Inc. announced it would design a solar-power-generating roof, the company has begun installing the first versions of its product — on Tesla employees’ homes.

"I have them on my house, [Chief Technology Officer] J.B. [Straubel] has them on his house," said CEO Elon Musk. "This is version one. I think this roof is going to look really knock-out as we just keep iterating."

Tesla employees were also the first customers of the company’s new mass-market, $35,000 Model 3 electric sedan, released in late July. As TechCrunch theorized, Tesla’s strategy of giving employees first dibs on new products is likely not only seen as a workplace perk, but a way for the company to test and monitor high-profile products early in their cycle.

Tesla began accepting pre-orders from the public for its Solar Roof in August 2016. Designed to look like a traditional roof, the opaque, hydrographically-printed glass tiles will ultimately come in four styles — including tile, slate, textured and smooth — with a lifetime warranty.

“Solar Roof complements your home’s architecture while turning sunlight into electricity,” Tesla’s website explains. “With an integrated Powerwall battery, energy collected during the day is stored and made available any time, effectively turning your home into a personal utility.”

However, some media outlets are already questioning whether Musk may have given himself a bad deal.

According to an analysis from Forbes, covering 70 percent of the roof of a 2,467-square-foot house in Solar Roof tiles would cost $51,200. (By contrast, a traditional roof costs between $9,000 and $14,000.) Adding the optional Powerwall battery to store surplus electricity would bring the total up to $58,200. Tesla pointed out in response that potential tax credits could bring the price down by $10,000 to $15,000, and with the tiles generating $73,500 worth of power over 30 years, installation of a Solar Roof would result in a $31,200 profit overall.

Long-range profit may still be a hard sell for many customers, especially those in areas with high property taxes. As one Twitter user pointed out, a Tesla Solar Roof on an inexpensive home could add up to 50 percent to the home’s appraised value, which would significantly eat into or even eliminate any profits.

Consumer Reports also put Tesla’s online cost calculator to the test and found that, while most consumers would eventually see a profit, some homes — especially those with a large footprint and high rate of energy use from appliances such as air conditioning — would result in a loss even after tax credits.

Still, Tesla’s roof installation also includes removal of the old roof, plus all permitting and maintenance costs, which could end up edging a Solar Roof into the realm of a good deal for many consumers. That is, if they’re willing to wait. Tesla reports Solar Roof pre-orders are sold out well into 2018.