Like Flipping a Switch: How Scientists Are Reversing Autism Symptoms — In Mice

Scientists at MIT zap autism symptoms in mice by switching on Shank3 gene. 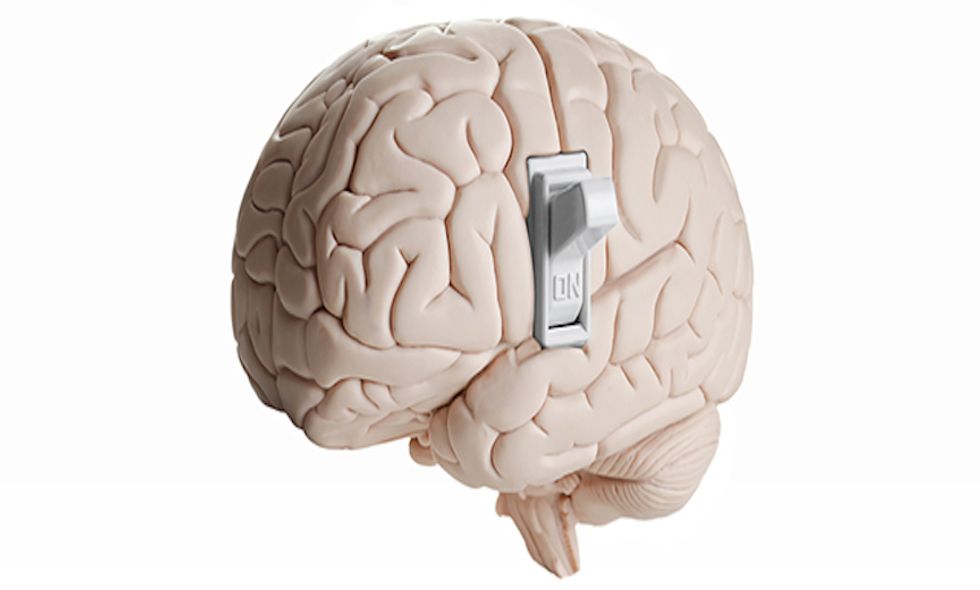 Scientists say switching on a gene linked to autism spectrum disorder could reverse some of the illnesses’ symptoms — in mice.

A new study suggests the activation of a gene called Shank3, which is sometimes absent in people with autism but is important for coding proteins that help transport information across the brain, can help eliminate certain behaviors in mice that are similar to those found in humans with autism, like social avoidance and repetitive activity. The research was published in the journal Nature in February.

Since very little is known about the causes of autism, finding a connection between Shank3 and autism may be particularly significant. While only about 1 percent of people with an autism disorder lack the Shank3 gene, understanding the gene’s purpose could give researchers clues about how to treat the disorder. Scientists have already found that Shank3 is important for basic brain functions, like helping information flow across the brain’s synaptic highways from one neuron to the next. The brain’s intricate web of these neurons gives rise to complex skills, like the use of language to communicate and the ability to interact in social situations.

A 3D image of neurons that may be crucial in social settings, empathic responses and the development of language. Credit: Source.

Using gene-editing technology, scientists at Massachusetts Institute of Technology tested whether turning off — and then turning back on — the Shank3 gene would have a noticeable effect on autism-like symptoms. To begin, they deleted the Shank3 gene in mice embryos using a special enzyme that can splice out parts of the genetic code. Shortly after the mutated mice were born, the scientists noticed they compulsively groomed themselves and were less active than the control group. Once the Shank3-free mice reached adulthood, scientists flicked their Shank3 genes back on by administering a dose of tamoxifen. The mice grew more social and showed noticeably fewer repetitive behaviors.

Not all the symptoms went away: the adult mice were still anxious and their motor skills didn’t improve. But when the scientists tried another method — turning on the gene just 20 days after the mice were born — the younger mice had less anxiety and displayed

better motor skills. Since only a few behaviors were reversed in the adult mice, despite completely disappearing in the younger mice, the study indicates an optimal period where the Shank3 gene could be more effective.

The study may help illuminate which parts of the brain are more flexible, or changeable, than others. Since some of the mice had reached adulthood when their gene was reactivated, the research gives hope that certain autism-related behaviors may be reversible past childhood.

“The findings show that some parts of the adult brain are very plastic, and brain function and connections can be modified throughout life,” says Guoping Feng, an author on the Nature paper and an MIT professor of brain and cognitive sciences. “If this is also true in the human brain, it gives some hope that some of the neurodevelopmental defects are reversible, even though early intervention will be more effective.”

This isn’t Feng’s first exploration into the importance of the Shank3 gene. In 2011, Feng led a study that showed that deleting the gene in mice could induce some traits that are commonly found in people with autism, like compulsiveness and avoiding social situations. Feng has also studied the gene’s links to schizophrenia.

undertaking. And Feng’s findings can only be extended to the rodent realm. Scientists aren’t ready to test the method on humans quite yet.

A more general approach, like pinpointing brain circuits that might be defective in people with autism, may be a better way forward, said Feng. “That’s why it’s important in the future to identify what subtype of neurons are defective and what genes are expressed in these neurons, so we can use them as a target without affecting the whole brain,” Feng said.

Even so, Mathew Pletcher, head of genomic research for the advocacy organization Autism Speaks, indicated he considers the findings “very significant.”

“Folks continually debate this issue of neural plasticity — whether the adult brain can change, especially when it comes to treating autism,” he said. “The common refrain is that any new therapy will not help those who are already diagnosed. This paper tells us that this might not be true.”