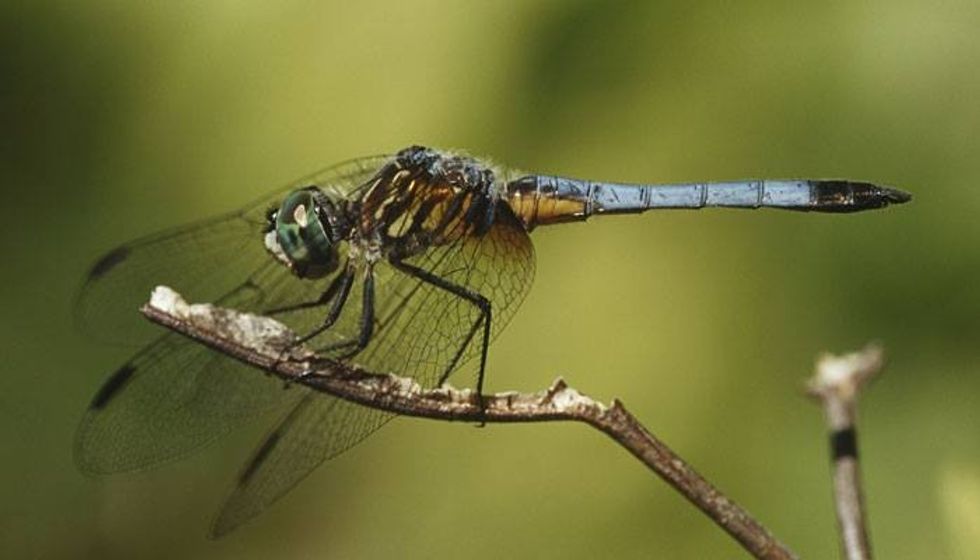 The female moorland hawker dragonfly takes this a step further. Rassim Khelifa from the University of Zurich, Switzerland explains they fake their own death when males are around.

The female moorland (Aeshna juncea) drops out the sky and then pretends to be dead. Khelifa witnessed the behavior for the first time while collecting moorland larvae in the Swiss Alps. He watched a female crash-dive to the ground while being pursued by a male. The female then lay motionless on her back. Bored or perhaps frustrated, her suitor flew away and she took off once the coast was clear.

“I was surprised,” says Khelifa, who had never seen this in 10 years of studying dragonflies.

In some species, female dragonflies are protected by their mate. Female moorland hawkers are not and so are vulnerable to harassment since a single sexual encounter with another male is enough to fertilize all the eggs. Copulating again could damage their reproductive tract.

Thanatosis or playing dead or pretending to be injured is a common practice in insects, birds and even some mammals.

The cricket Gryllus bimaculatus plays dead when caught by a potential predator. It displays a sudden rigid immobility and plays dead for three or four minutes when voluntary leg movements are forcibly restrained.

When picked up or turned on their back, click beetles pull their legs in close to their body and lie quietly like a big black seed. When they feel safe again they arch their back, produce an audible click, spring several inches into the air and flip over. Upon landing back on the ground, they quickly run or fly away with danger and unwanted attention averted once again.