Organ Transplant Lists Could Be a Thing of the Past 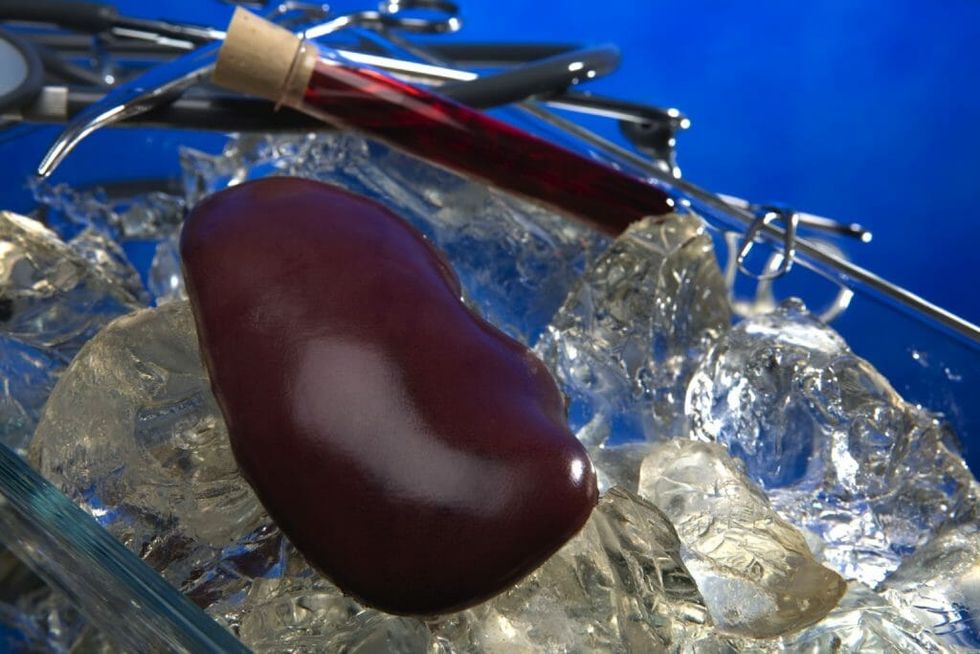 Organ donation often fails because organs are viable for a small window of time after removal, typically only a few hours. A cryopreservation procedure—and new thawing technique, in particular—could lengthen that period up to several years, potentially solving the organ match problem and saving millions of lives.

Each day, 22 people die while waiting to receive an organ transplant in the United States. More than 60 percent of heart and lungs donated annually must be discarded because they do not reach patients soon enough for transplant.

For decades, scientists have been working to extend the viability of organs with cryopreservation. Under current hospital transplant techniques, organs are only sustainable on ice for a few hours. Using a popular cryopreservation technique known as vitrification, however, they can be preserved for years–freezing organs at temperatures as low as -256 Fahrenheit or -160 degrees Celsius.

The thawing process remains more problematic. With the traditional heating methods of convection, tissue samples are slowly warmed over ice. The process works fairly well with smaller tissue samples, up to a volume of one milliliter (mL), but not larger items such as entire organs–where convection creates ice crystals and cracking in the tissue.

A new technique has been developed for warming human and pig tissue samples, without damage, using nanoparticles. These nanoparticles, the diameter of which are 150 times smaller than red blood cells, avoid cracking the frozen tissue by warming the entire sample all at once. Scientists magnetize the nanoparticles by mixing them with a silica-coated iron oxide, surround the tissue sample with the mixture, and then apply radio waves to the system to create a reaction.

“We’re using the nanoparticles as little warmers,” according to John Bischof, lead researcher from the University of Minnesota. “We’re controlling where the heat is.”

In addition, the tissue can be thawed quickly, in approximately 60 seconds. After thawing, scientists can wash away nanoparticles from the tissue. Bischof’s nanowarming technique has been tested on tissue samples up to 50 mL.

"Typically ice crystals form, nucleate, in larger systems," Bischof explains. "During warming, rapid rates are needed to outstrip the growth of these ice crystals or the system will fail.”

Bischof says, "This is the first time that anyone has been able to scale up to a larger biological system and demonstrate successful, fast, and uniform warming of hundreds of degrees Celsius per minute of preserved tissue without damaging the tissue."

Bischof is highly optimistic about the implications for this research, saying, “These results are very exciting and could have a huge societal benefit if we could someday bank organs for transplant."

The chief medical officer of the United Network for Organ Sharing, Dr. David Klassen, shares the enthusiasm for cryopreservation research for use in organ donation. "It would completely transform transplantation,” he says.

Some doctors still hold reservations about the ability of cryogenics to transform the organ donation process. For instance, Dr. Paulo Fontes is concerned about the absence of research demonstrating that the organs would function properly after nanowarming. Fontes says, "They are not showing in detail what is happening with the cells, that the cells are intact, that the mitochondria are fine."

But widespread support exists for further research in this area. In January 2017, numerous organ donation researchers received grants from the Department of Defense of up to $3.5 million each. Thereafter, scientists gathered to discuss cryogenically thawed organs at a three-day conference.

Bischof summarizes his research: "This opens the way for a distributed heat source from nanoparticles to be placed within and around any tissue or organ we hope to rewarm."

According to Dr. Kelvin Brockbank, of Clemson University and Tissue Testing LLC, the heart’s open spaces around the ventricles and atria makes it a particularly favorable organ for the rewarming nanotechnology. "This is a huge landmark. We've got the missing link, we can see the road ahead for large sample size warming to get these organs into patients," Brockbank said.