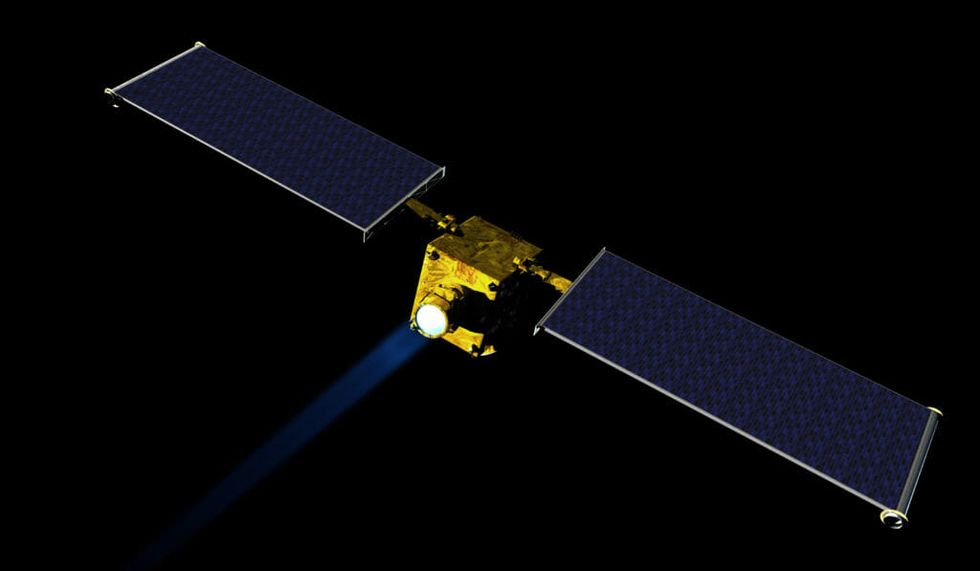 Scientists from NASA are moving ahead with an ambitious plan to test a new type of asteroid deflection system, and the future of our planet might depend on its success. TheDouble Asteroid Redirection Test (DART) spacecraft has been scheduled to move into the preliminary design phase after NASA approved its further development on June 23rd. The DART, a kinetic impactor, would shift incoming asteroids off course by smashing into them at speeds of up to 3.7 miles per second (6 kilometers per second), nine times faster than a speeding bullet.

Up until now, NASA’s primary plan for deflecting dangerous space objects relied onusing a spacecraft to gradually “tug” the asteroid out of our planet’s path with its gravity. This “gravity tractor” approach, where the satellite would fly alongside the asteroid for years––and even decades––works on a longer timescale and would require developing new technology before becoming feasible.

“DART would be NASA’s first mission to demonstrate what’s known as the kinetic impactor technique -- striking the asteroid to shift its orbit -- to defend against a potential future asteroid impact,” Lindley Johnson, planetary defense officer at NASA Headquarters in Washington, said in astatement. “This approval step advances the project toward an historic test with a non-threatening small asteroid.”

The Asteroid Impact and Deflection Assessment (AIDA) Mission has been scheduled to launch in October 2020, with the DART mission planned for October of 2022.

Didymos, Greek for twin, is a binary system composed of Didymos A, half a mile wide (780 meters), and Didymos B, which is only 530 feet (160 meters) in size. The Asteroid Impact Mission spacecraft will first take high-resolution scans of the asteroids’ surfaces, followed by the DART impact two years later.

That the mission will need to be carried out in these two stages owes to the complexity of studying binary asteroids. The AIM spacecraft will focus on taking high-resolution scans of the asteroids’ surfaces, followed by the DART collision when Didymos is at the nearest point to Earth in its orbit. Because Didymos will be within 6.8 million miles of Earth (or 11 million Kilometers), scientists will measure any change in the trajectory of Didymos B usingground-based telescopes and radar.

As Didymos B orbits Didymos A, it can be safely targeted without the potential of accidentally redirecting the asteroid toward Earth. Objects larger than 0.6 miles in diameter are large enough to cause global effects on impact, and testing DART with these mid-size asteroids will lay the groundwork for future missions.

“DART is a critical step in demonstrating we can protect our planet from a future asteroid impact,”said Andy Cheng of The Johns Hopkins Applied Physics Laboratory in Laurel, Maryland, and DART investigation co-lead. “Since we don’t know that much about their internal structure or composition, we need to perform this experiment on a real asteroid. With DART, we can show how to protect Earth from an asteroid strike with a kinetic impactor by knocking the hazardous object into a different flight path that would not threaten the planet.”

Although scheduled for a 2022 launch, NASA has not specifically identified funding for DART in its 2018 budget. If all goes as planned and the money is eventually allocated, NASA’sPlanetary Defense Coordination Office might gain another tool for keeping us all safe.