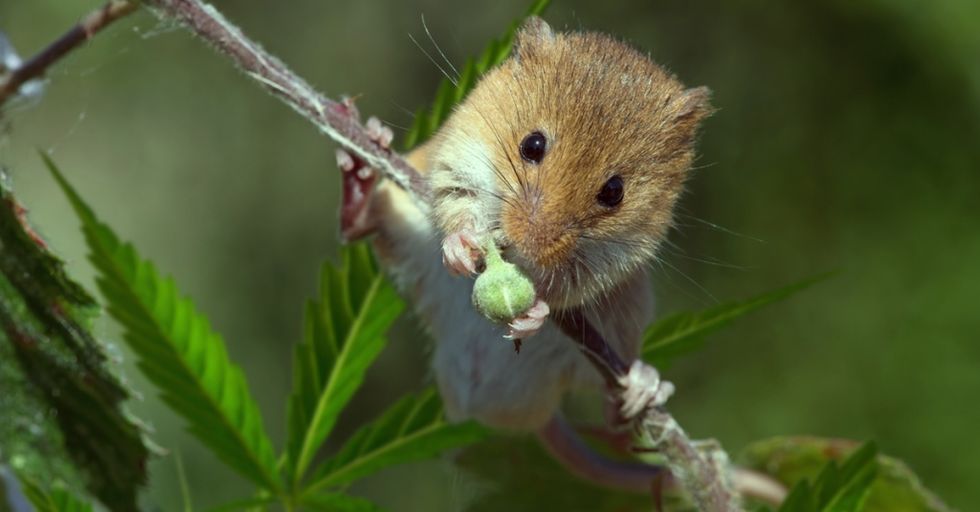 It can calm you down, give you the munchies, make you giggle, and, according to a new study, marijuana can also reverse brain aging and improve cognitive functioning.

Researchers at the University of Bonn and Hebrew University published a study earlier this year in Nature Medicine that found that giving mice a regular, low dose of tetrahydrocannabinol (THC), one of the main active ingredients found in marijuana, can reverse age-related cognitive declines in the brain.

In the study, the team gave young, middle-aged and elderly mice a steady, small dose of THC. A control group received no THC. After a month, they tested the mice’s ability to perform certain cognitive tasks, like navigating mazes.

Additional studies showed that administering THC boosted the number of connections between brain cells in the hippocampus, and altered the gene-expression pattern in the hippocampus. The hippocampus is involved in forming memories. “This is something we absolutely did not expect: the old animals [that received] THC looked most similar to the young untreated control mice,” said Zimmer.

THC is one of many cannabinoids, a plant compound found in the Cannabis sativa plant. These compounds mimic our brain’s endogenous cannabinoid system, a biochemical pathway in the human (and mouse) brain that can activate receptors in the brain that modulate neural activity. The system develops gradually during childhood, increases activity in adolescence, then steadily declines with age.

“The idea is that as animals grow old, similar to humans, the activity of the endogenous cannabinoid system goes down—and that coincides with signs of aging in the brain,” said Zimmer. “So we thought, ‘What if we stimulate the system by supplying [externally produced] cannabinoid?”

However, experts caution about applying the effects of THC on mice to humans. “This well-designed set of experiments shows that chronic THC pretreatment appears to restore a significant level of diminished cognitive performance in older mice, while corroborating the opposite effect in young mice,” said Susan Weiss, director of the Division of Extramural Research at the National Institute on Drug Abuse. However, she continued, “while it would be tempting to presume the relevance of these findings [extends] to aging humans . . . further research will be critically needed.”

The team plans to explore the impact in older human brains in a clinical trial later this year. Co-author Andras Bilkei-Gorzo is hopeful that these results will hold true for humans. “If we can rejuvenate the brain so that everybody gets five to 10 more years without needing extra care then that is more than we could have imagined.”