The Science Behind Vampires: How Blood May Keep You Young. 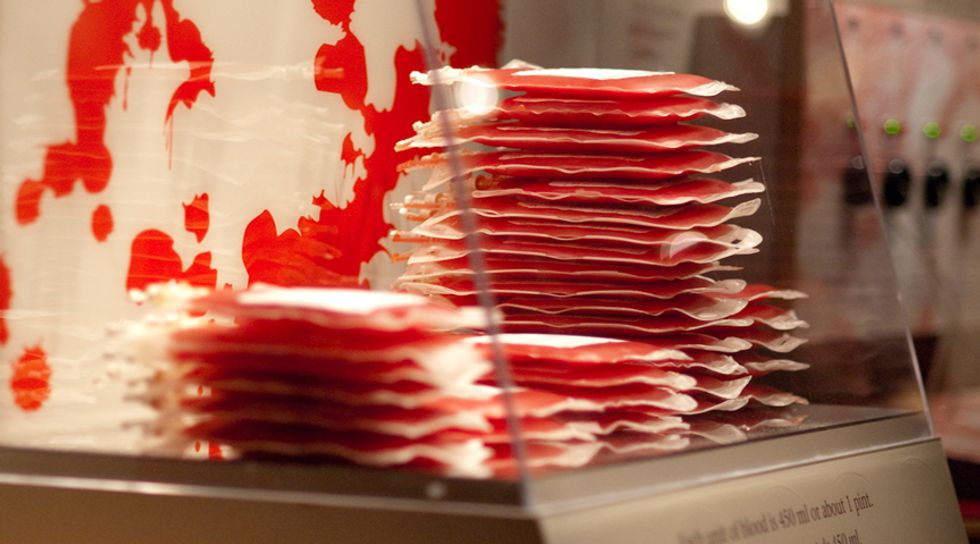 By year’s end, we may learn whether injecting old people with blood from young people can improve their memory and even reduce the symptoms of Alzheimer’s disease. Last year, the Stanford Medicine New Center reported that a team of medical researchers, led by neurologist Dr. Tony Wyss-Coray, infused old mice with blood plasma from younger mice and then examined the subsequent behavior of the old mice and any ensuing changes in their brain structure. After the “young blood” infusion, the older mice showed marked improvement in both learning and memory tests, and a detailed analysis of their brain structure showed changes in the hippocampus--the area of the brain responsible for memory--that suggested improved activity and nerve regeneration.

According to an article in The Guardian, Dr. Wyss-Coray launched an experiment to test a similar procedure on people in October of 2014, and the results are expected later this year. If it works on people as well as it worked in rats, it will be a dramatic and important leap forward, not only for the treatment of diseases like Alzheimer’s, but for our understanding of aging itself.

“This opens an entirely new field. It tells us that the age of an organism, or an organ like the brain, is not written in stone. It is malleable. You can move it in one direction or the other,” says Wyss-Coray. “It’s almost mythological that something in young organisms can maintain youthfulness, and it’s probably true.”

“Why is it always blood?”

In the television show Buffy the Vampire Slayer, there is an episode where the characters discover that the ritual they need to solve their latest supernatural dilemma requires blood.

Xander, a human, is grossed out. "Why blood?" he asks in disgust.

Spike, the series’ big bad vampire, explains: "It's always got to be blood. Blood is life. Why do

you think we eat it? It's what keeps you going. Makes you warm. Makes you hard. Makes you other than dead. Of course it's blood."

Some Aztecs performed ritual blood sacrifices as a way to symbolically “free life” and return it to the gods. In historic Hellas, some ancient Greeks considered blood as equivalent to the soul (ψυχή=psyche). According to a National Institute of Health review, blood has been associated with vitality, health and even temperament for thousands of years.

And then there are vampires. In all the literature, they can remain young and beautiful forever--immortal and immune to disease--so long as they can feed on blood.

This undercurrent of mythology about blood in our culture makes us susceptible to any scientific (or pseudo-scientific) research that seems to link blood with youth and health. For example, in the field of medical cosmetics, there was a huge amount of publicity several years ago surrounding Platelet-Rich Plasma (PRP) facelifts, patented and marketed by one company as the “Vampire Facelift.” The process was simple: the medical technician draws your blood, uses a centrifuge to isolate platelets, and then re-injects them back into your face. According to the marketing, this process stimulates the production of stem cells and “growth factors” that will reverse the signs of aging in your face.

The amazing thing is, the process actually does work as a method for healing sports injuries and other muscle degeneration. The verdict is still out, however, as to whether it can reverse the physical effects of aging, with plenty of skepticism both in and out of the medical community.

The science behind the magic

It is important to remember that blood isn’t magic--except in fictional universes like Buffy the Vampire Slayer. However, Dr. Wyss-Coray’s initial results in rats are very promising, and the careful and detailed experiments he has been performing over the last several years show that it is not mere sleight of hand.

According to his interview with the Guardian, he has a very specific hypothesis about why this vaguely unsettling “blood-ritual” of injecting older people with younger blood improves memory:

“When we are born, our blood is awash with proteins that help our tissues grow and heal. In adulthood, the levels of these proteins plummet. The tissues that secrete them might produce less because they get old and wear out, or the levels might be suppressed by an active genetic programme. Either way, as these pro-youthful proteins vanish from the blood, tissues around the body start to deteriorate. The body responds by releasing pro-inflammatory proteins, which build up in the blood, causing chronic inflammation that damages cells and accelerates ageing.”

If the experiment with human Alzheimer’s patients produces positive results later this year, it will be not only an amazing breakthrough, but the first step toward testing the more specific details of this scientific, non-supernatural “vampirish” theory for how blood can keep you young.