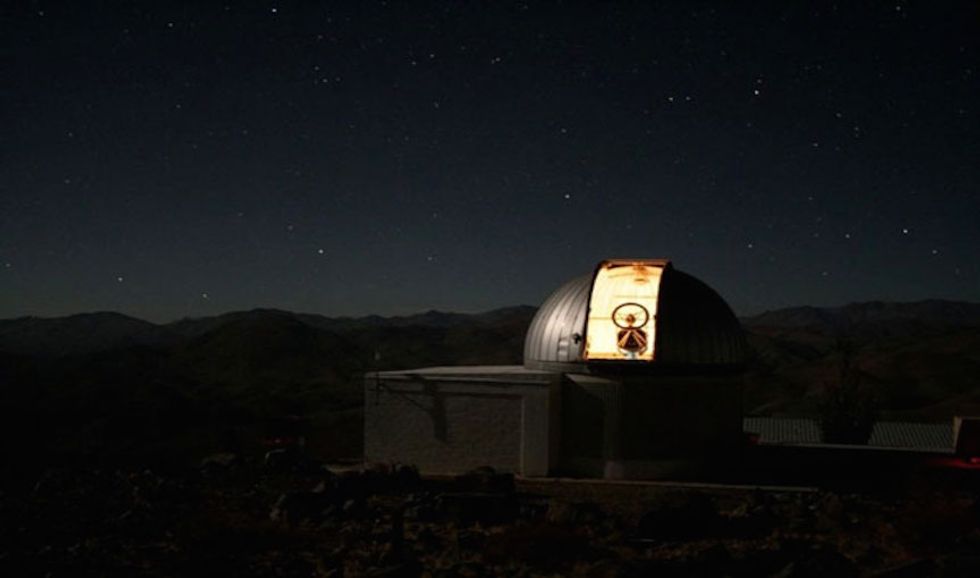 Our Sun has a mass of 1.989 × 10^30 kilograms (about 33,000 times the mass of Earth) and a surface temperature of nearly 10,000 degrees Fahrenheit. The star TRAPPIST-1 is less than one-tenth the mass of the Sun (slightly larger than Jupiter) and about half as hot. It’s classified as an “ultracool dwarf,” barely a star: not the sort of place astronomers would expect to harbor many planets. And yet, astronomers have found three Earth-like planets orbiting it, the first rocky planets ever found orbiting a star of this type.

Michaël Gillon, the leader of the international team that discovered the planets, explained why these planets could be so important to continue studying. "Why are we trying to detect Earth-like planets around the smallest and coolest stars in the solar neighbourhood? The reason is simple: systems around these tiny stars are the only places where we can detect life on an Earth-sized exoplanet with our current technology. So if we want to find life elsewhere in the Universe, this is where we should start to look." And the search has only just begun.

The TRAPPIST (Transiting Planets and Planetesimals Small Telescopes) telescope network, from which the star gets its name, looks for planets by measuring starlight. When a something passes between the star and a telescope, it blocks a small amount of the light. A pattern of repeated dips in the amount of light from a given star indicates that a planet may

be in orbit around it. "It's like standing in front of a lamp and throwing a flea across it," said Adam Burgasser, a member of the team which discovered the planets. "It was only a 1 percent dip in light, but the specific pattern was a good sign of orbiting planets."

Because TRAPPIST-1 is fairly close (on cosmic scales), only 39 light-years away from Earth, its planets represent a perfect opportunity for study. Using the TRAPPIST telescope network as well as some larger telescopes, astronomers were able to determine that all three of TRAPPIST-1’s planets are only slightly larger than Earth but much closer to their star. The two innermost planets orbit the star in 1.5 and 2.4 Earth days.

It is possible that, like Earth’s moon, each of these two planets is tidally locked, with one side always facing the star and the other side always dark.The third planet, which has proven harder to study than the others, has a less well-determined year of somewhere between 4.5 and 73 Earth days. As Gillon explained, “the structure of this planetary system is much more similar in scale to the system of Jupiter’s moons than to that of the Solar System.”

Beyond the system’s general structure, it’s hard to say much about these planets right now. However, with the James Webb Space Telescope launching in 2018, astronomers should be able to analyze the planets’ atmospheres "and further down the road, which is within our generation, assess if they are actually inhabited," study co-author Julien de Wit said. "All of these things are achievable, and within reach now. This is a jackpot for the field."

Since about 15 percent of stars close to the Sun are ultracool dwarfs like TRAPPIST-1, this could open vast new possibilities for the search for planets and life in our neighborhood. As Gillon said, "Exciting scientific adventures are now beginning."