Yes, Your Dog Is Trying to Communicate with You 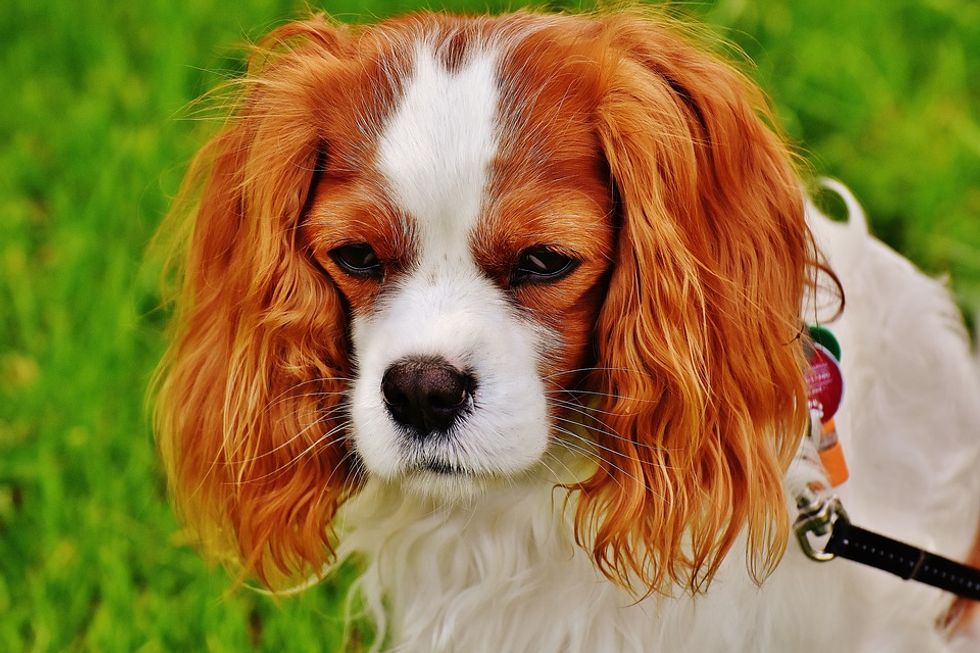 When he looks up at you with those big puppy dog eyes, do you ever feel like your dog is trying to tell you something? According to a new study out of the U.K.’s University of Portsmouth’s Dog Cognition Center, you may just be right.

In a study of 24 dogs of various breeds, researchers tied each dog to a leash three feet away from a person. The dogs’ faces were filmed throughout a range of exchanges, from the person facing toward the dog, to being distracted with her body turned away from the dog. Throughout the interactions, the dogs’ faces were measured using DogFACS, a coding system that gives a measurement of facial changes.

“We can now be confident that the production of facial expressions made by dogs are dependent on the attention state of their audience and are not just a result of dogs being excited,” said lead researchers and dog cognition expert Dr. Juliane Kaminski. “The findings appear to support evidence dogs are sensitive to humans’ attention and that expressions are potentially active attempts to communicate, not simple emotional displays.”

“Domestic dogs have a unique history—they have lived alongside humans for 30,000 years and during that time selection pressures seem to have acted on dogs’ ability to communicate with us,” said Kaminksi.

In a previous study, Kaminski showed that dogs can tell when a human is paying attention, and are more likely to steal food when humans are distracted. In another study, she found that dogs follow the gaze of a human if the human first established eye contact with the dog.

“This study moves forward what we understand about dog cognition,” said Kaminski. “We now know dogs make more facial expressions when the human is paying attention.”

While dogs are more expressive than most domestic animals, they may not be the only ones to attempt to communicate with humans. A previous study, for instance, shows that domestic cats meow more than feral cats, indicating they use vocalization to communicate.

While Kaminski said that dogs “read human gestures and communicative signals in ways other animals can’t,” she does not know why. The study does not predict whether dogs made faces with the intent of manipulating people. “We do not see what we would call the ‘dinner-table effect,’ dogs trying to produce a ‘super-cute’ fact when the human sees them [and also is] presenting food to them. If dogs produced those facial movements with the intent to manipulate us, that would have been the condition where we might have expected them to do something different, but they didn’t.”  She hopes that future research will reveal the motivations behind the gaze.

The study was published October 19 in the journal Scientific Reports.