The NRDC releases a new study tying the decrease in beef production to a decrease in the average American’s carbon footprint. 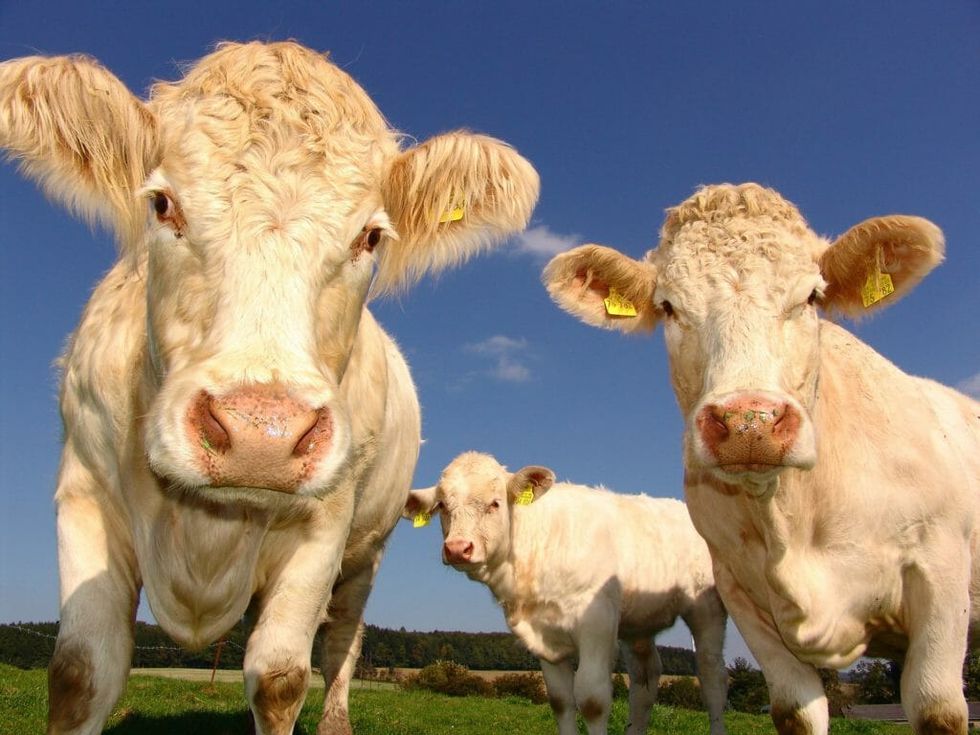 Changes to the American diet between 2005 and 2014 resulted in a nine percent decrease in the average American’s carbon footprint, according to a new report issued by the Natural Resources Defense Council (NRDC). Due to these dietary changes, Americans avoided about 271 million metric tons of climate-warming pollution—or about the equivalent of the emissions from 57 million cars.

The vast majority of the environmental benefits came from a decrease in the amount of beef Americans consumed. During this period, Americans bought 19 percent less beef, avoiding 185 million metric tons of climate-warming pollution—about the equivalent of the emissions from 39 million cars.

Eating less of other foods—like orange juice, pork, whole milk, chicken and nonfat dry milk—also helped. But beef has the largest carbon footprint. Raising cattle requires a lot of land and feed. Most of that feed is grown with petroleum-based fertilizers. Processing and using that fertilizer releases nitrous oxide, a gas with almost 300 times the warming potential of carbon dioxide. In addition, cattle and their manure release methane, which has about 25 times the warming potential of carbon dioxide.

The beef industry called the NRDC’s link between beef consumption and harmful emissions “fallacious.” The National Cattlemen’s Beef Association noted that beef production remained relatively stable over this time period—about 25 billion pounds in 2005 and 24 billion pounds in 2014—with more of the cattle being exported.

Sara Place, the National Cattlemen’s Beef Association’s senior director of sustainable beef production research, said that the industry had made great strides in reducing beef’s carbon footprint. Due to improvements in cattle genetics and production methods, one-third fewer cows were needed in 2015 to produce the same amount of beef produced in 1975.

“Our cattle numbers have gone down over a 40-year period, reducing carbon emissions and our carbon footprint,” she said. She suggested that the best way to reduce carbon emissions is by throwing away less food—particularly fruits and vegetables.

Yet it is clear that beef is a large part of Americans’ nutritional carbon footprint. Americans consume more beef than any other country except for Argentina and Uruguay. Even with the decrease in consumption, beef still makes up about 34 percent of total diet-related climate-warming pollution, according to the NRDC.

Despite the positive impact, it is likely that the motivations behind the food choices that led to the reduction in emissions were largely not environmentally-based. A study by the Mintel Group found that most people who cut back on beef did so due to health concerns or the cost of beef.

However, as Bergen stated: “Whether we realize it or not, Americans have been fighting greenhouse gas emissions with their forks.”