So How Angry Will Trump Get If Federal Courts Also Halt His Wall? 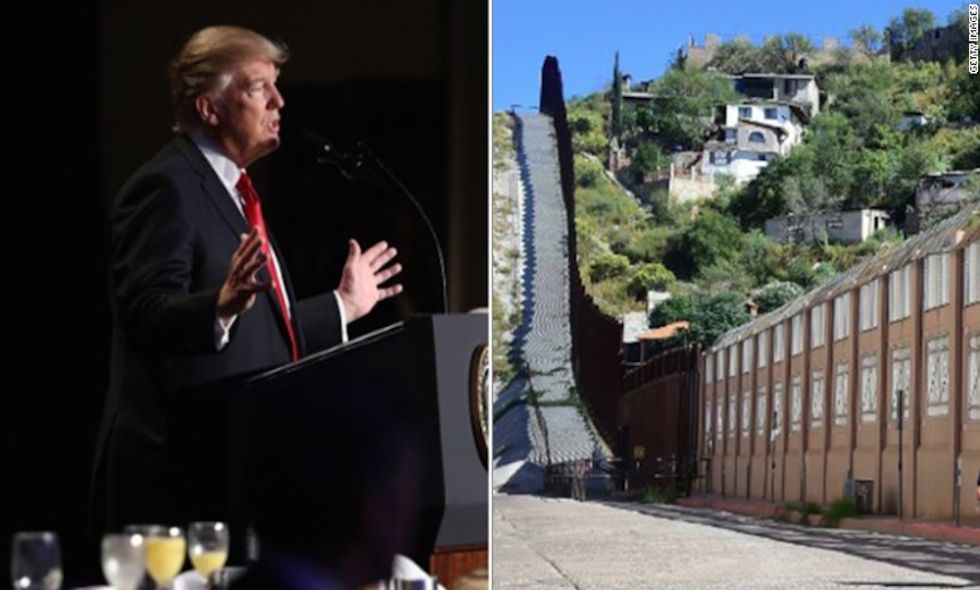 This week resulted in another hiccup in President Trump’s infamous plan for a border wall between the United States and Mexico.

Because the proposed wall would sit on the territorial border between the U.S. and Mexico, which covers 1,189 miles throughout four U.S. states — California, Arizona, New Mexico, and Texas — and that land is both federally- and privately-owned, or inhabited by Native American tribes, there are a myriad groups who could potentially take legal action against the Executive Order.

In this case, the first in line is The Center for Biological Diversity, a well-known American environmental group, which is filing a legal challenge to the border wall.

U.S. Rep. Raúl Grijalva of Tucson, Arizona also is a named plaintiff in the suit. "American environmental laws are some of the oldest and strongest in the world and they should apply to the borderlands just as they do everywhere else," said Grijalva, whose district includes about 300 miles of the border. "Trump's wall — and his fanatical approach to our southern border — will do little more than perpetuate human suffering while irrevocably damaging our public lands and the wildlife that depend on them."

The Center for Biological Diversity argues that this construction beginning in San Diego and concluding some three states away would wreak possible havoc on the area’s vast wildlife. Wolves, jaguars and over one hundred other species make their homes in these lands. It believes the effects of President Trump’s wall will prove “disastrous.”

Kierán Suckling, the Executive Director of the Center, said in a statement, “If we’re going to stop it, we have to make a stand right now,” and that President Trump’s “ugly wall will do little more than divide and destroy our magnificent borderlands.”

Randy Serraglio, a spokesman for The Center, explained, “It will take a significant amount of time to thoroughly analyze [the impacts of the wall], and that’s the point.”

This lawsuit is specifically directed at the Department of Homeland Security, which would oversee the border wall project, and who declined to respond to the litigation. The Department did, however, release an environmental impact statement about border enforcement programs as far back as 2001.

In the meantime, a bidding process for contractors to build prototypes for the multibillion-dollar wall project has already begun. Currently, President Trump is requesting from Congress almost $1 billion to begin the wall’s construction, as well as funds for the 14 miles in the San Diego region without fencing, and an additional 14 miles requiring replacement work.

Serraglio boldly added, “What’s happening now is not driven by any rational analysis of border security needs. It’s driven by Donald Trump’s ridiculous campaign rhetoric, and that is not a sound basis for public policy.”

The Center for Biological Diversity, on the other hand, is aptly prepared for this lawsuit; in fact, this is not the first suit they have filed in protest of President Trump’s ideas. The group has filed over a half-dozen other lawsuits aimed at the Trump administration, including cases attempting to protect coyotes from pesticides and to prevent the shooting of wolves at bait stations at Alaska’s national wildlife refuges.