The Mystery Of The So-Called Alien Megastructure 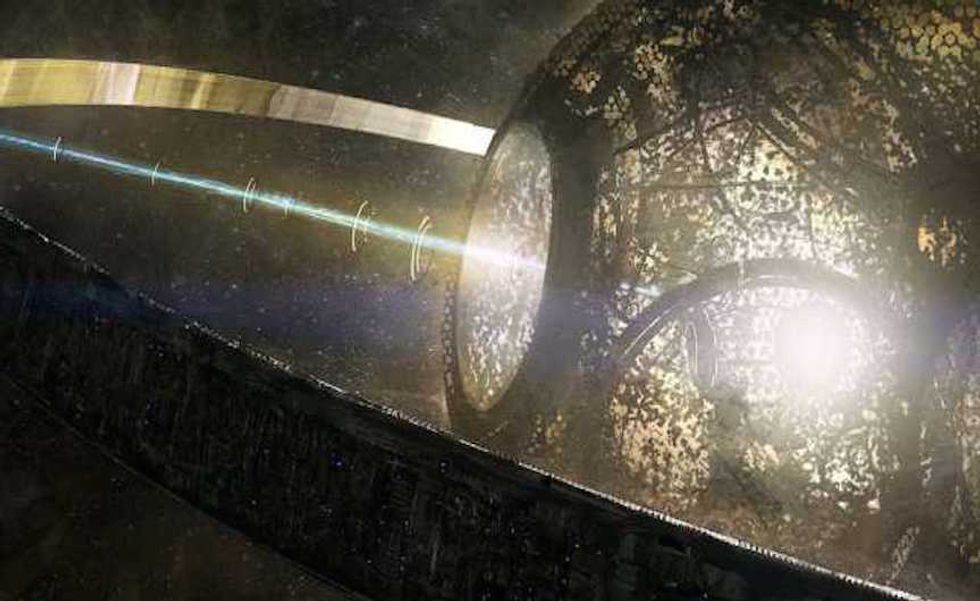 Scientists searching for extraterrestrial civilizations are focusing their attentions on a strange star located 1,500 light years from Earth. The star, KIC8462852, is behaving so oddly that scientists are unable to come up with a plausible hypothesis for what is causing this anomaly.

In 2009, the Kepler Space Telescope began watching the star, which is located between the constellations Cygnus the swan and Lyra the harp. The telescope stared at the star—along with 150,000 others—for four years, looking for dips in the light they emitted.

While many stars experience dimming, they ordinarily do so when other planets or suns orbit around them. This dimming would occur at regular intervals. Not so for KIC8462852, which dims at irregular intervals, and sometimes by as much as 20 percent. As stated by Louisiana State University physics and astronomy professor Bradley Schaefer, this star’s dimming is “unique and inexplicable.”

Hypotheses such as instrument defects and shrapnel from an asteroid belt pileup were dismissed as implausible in a paper published in the Monthly Notices of the Royal Astronomical Society in September by Yale postdoctoral student Tabetha Boyajian and her co-authors.

The most plausible natural explanation, Boyajian found, was that a cloud of comets was

His comet theory, however, has recently been all but disproved. A recent research paper written by Schaefer (which has not yet been peer-reviewed) revealed that the star has been dimming for more than a century. The “century-long dimming trend requires an estimated 648,000 giant comets (each with 200 km diameter) all orchestrated to pass in front of the star within the last century,” wrote Schaefer. (The largest known comet in our solar system is 60 km in diameter.) This, he continued, is “completely implausible.”

An artist's rendering of the potential swarm comet fragments around KIC 8462852. Credit: Source.

With known natural causes dismissed, many are looking toward unnatural causes. At the top of the list: the star’s unusual light pattern is the result of a mass of alien megastructures. These hypothetical megastructures, known as Dyson swarms or spheres, have been postulated by astronomers as a means by which alien civilizations could harness the power of stars to fuel energy-rich lifestyles.

The idea is that a shell or sphere would be built around a star, and that shell would then collect the star’s radiation output. This output could then be used for energy on the aliens’ home planet.

Jason Wright, an astronomer at Penn State, is one champion of the alien megastructure theory. “Aliens should always be the very last hypothesis you consider, but this

[dimming pattern] looked like something you would expect an alien civilization to build.”

Wright had hoped that the star would emit narrow-band modulated radio emissions, which would be further proof of the presence of intelligent lifeforms.

Yet scientists listening for radio or laser communications from the star have found nothing—though this does not rule out the existence of intelligent life on KIC 8462852.

For Schaefer himself, alien megastructures do not rank high on the list of plausible explanations for the star’s strange behavior. He instead posited two other possible solutions: “Either nature has found a hidden loophole, or hey, maybe there is a totally new idea.”

For now, nobody knows. “It’s a normal star behaving weirdly,” Schaefer said. “We’ve got ourselves a classic mystery.”