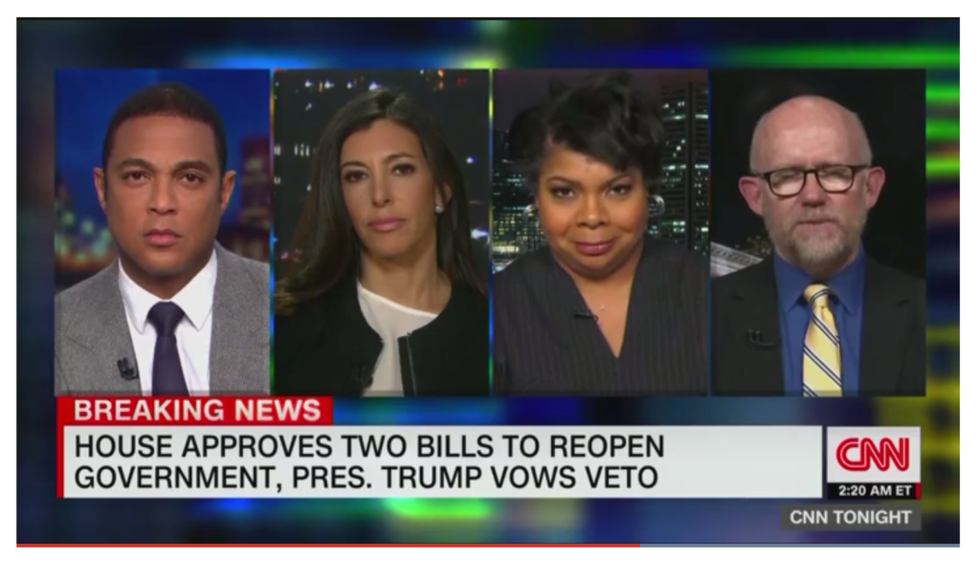 Political strategist Rick Wilson isn't about to backpedal on his criticism of Trump supporters, and he's not afraid to tell the haters where he stands.

Wilson, an outspoken critic of Trump, lashed out at Trump supporters in a January 4th episode of CNN live, calling them a "credulous rube ten-toothed base" and claiming that Trump is a con man and the wall is a scam. "It's an insult to their intelligence, but obviously that seems to work with his base."

He goes on to say "The reaction to my throwaway line was a sign of 2 things; the unbelievable political and status insecurity of the Trump voter. They were offended by the dental comment, but they should have been offended by the "rube" comment. Because *I* didn't make them rubes. Trump did."

4/ The reaction to my throwaway line was a sign of 2 things; the unbelievable political and status insecurity of th… https://t.co/qspTRvfSXH
— Rick Wilson (@Rick Wilson) 1546786711.0

During the segment, Wilson also said the president "spends his morning ‘executive time’ hoovering up rails of Adderall and rage tweeting," but that didn't get nearly as much blowback from Trump supporters.

The blowback doesn't seem a bother to Wilson.