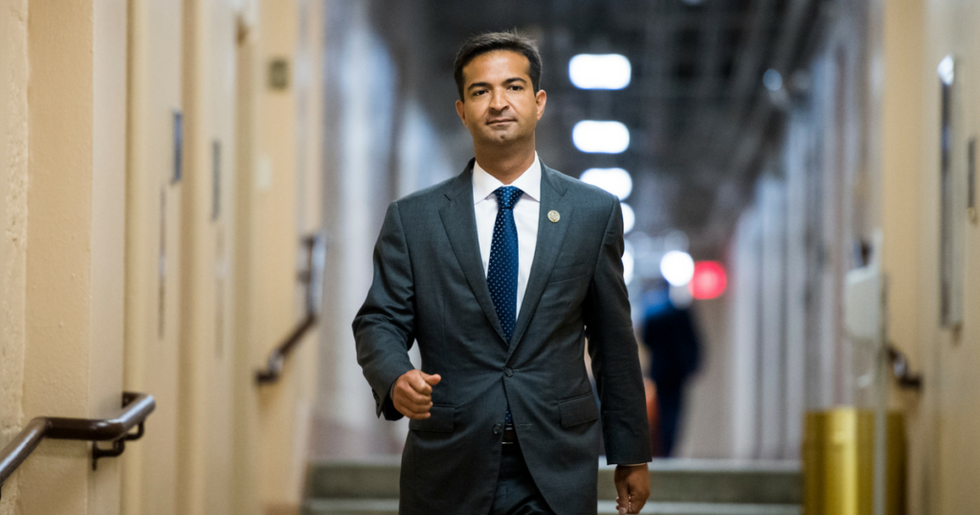 Congressman Carlos Curbelo (R-FL) was denied entry on Friday into a detention facility that holds unaccompanied minors and migrant children who were separated from their parents at the U.S.-Mexican border.

Curbelo then took to Twitter to blast the Department of Homeland Security, which the Republican said had initially agreed to grant him access. Curbelo wrote the "visit had been confirmed with local operators for over a week" but "last night was told by @HHSGov staff in Washington I would be refused entry."

Tried to visit an #ImmigrantChildren shelter today. Visit had been confirmed with local operators for over a week.… https://t.co/olJfOKwzdh
— Carlos Curbelo (@Carlos Curbelo) 1530884448.0

The Congressman added that he was "disappointed" at HHS for citing "protocol" to deny access to other lawmakers and that he was "outraged today given my office followed “protocol.”

Was disappointed when this happened to colleagues last month & @HHSGov excuse was protocol. Outraged today given my… https://t.co/EVWWbCuatz
— Carlos Curbelo (@Carlos Curbelo) 1530884472.0

Curbelo plans on supporting legislation drafted by fellow Florida Representative Debbie Wasserman Schultz, a Democrat, requiring "Members of Congress be granted access to these facilities upon our return to Washington."

“If your operation is so sensitive and delicate that an elected leader walking through your facility and asking a few questions disrupts your work, then you have a bigger problem,” he said.

Schultz introduced the Congressional Access to Children's Detention Facilities Act in June, which "would allow Members of Congress to visit the facilities during reasonable hours, and also ensure press access, by allowing media to accompany them on these essential inspections."

Followers on Twitter suggested Curbelo should use the power of his office and of Congress to provide more oversight, which is of course a primary role of the House of Representatives.

@RepCurbelo @HHSGov Too bad you don't have a job where you could hold hearings and hold folks accountable for this buffoonery.
— jefffos (@jefffos) 1530906193.0

@RepCurbelo @HHSGov Are you ready to do something about this travesty yet? Maybe try something completely radical l… https://t.co/075PG0jkff
— Lindsay Gowin (@Lindsay Gowin) 1530906243.0

@RepCurbelo @HHSGov Stop being disappointed and DO SOMETHING! Republicans control the Congress but not for long be… https://t.co/EWz4nJrbti
— Angela Krebs (@Angela Krebs) 1530906952.0

Curbelo's office had made arrangements to tour the Homestead Temporary Shelter for Unaccompanied Children, which is situated in his congressional district.

Nearly 1,000 children are housed there, The Daily Beast reported on Friday, around 100 of whom were victims of President Donald Trump's "zero tolerance" policy that separated children from their parents at the southern border.

DHS reportedly contacted Curbelo's office late Thursday night, rescinding his clearance to tour the facility. DHS allegedly claimed they "would not be able to send a staffer down to Homestead to give him a tour," despite there being employees at the shelter and located throughout southern Florida.

Curbelo is the latest lawmaker to be denied access to Homestead. Schultz and Senator Bill Nelson (D-FL) were barred from entering the detention center last month.

“Our goal is not to make a scene. It’s to see with my own eyes what’s happening there. And if they’re confident in the work that they’re doing, they should welcome us in,” Curbelo said in an interview with the Daily Beast, shortly after the call from DHS. “It was highly disappointing and I think they’re claiming that they have a lot of work and getting a lot of requests. I don’t feel sorry for them. That’s what we pay them to do.”

Curbelo also expressed frustration at the lack of access.