After a Democrat Won a Wisconsin Supreme Court Seat by Double Digits, the State's Governor Has a Dire Warning for Republicans 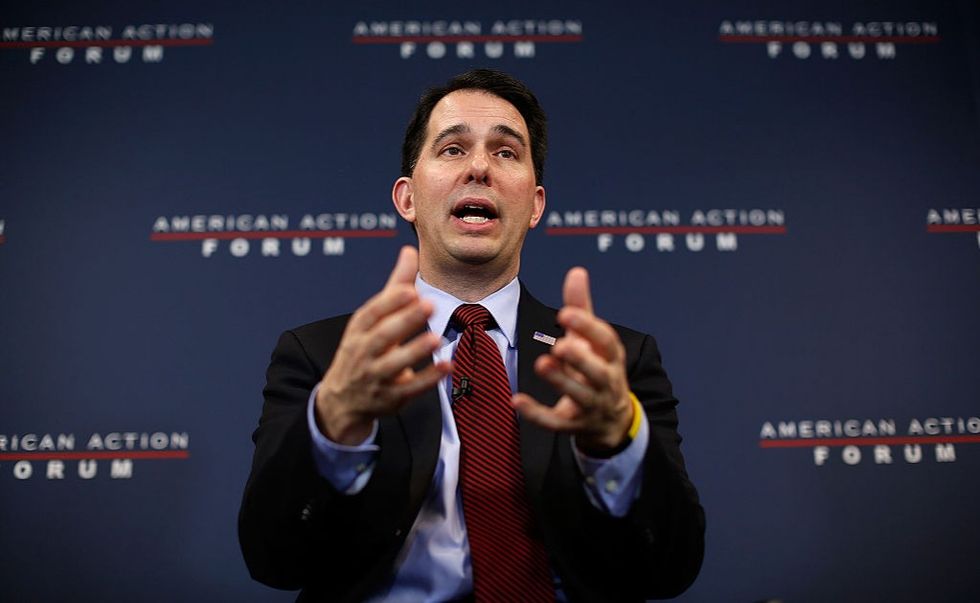 On Tuesday, Rebecca Dallet won a seat on the Wisconsin Supreme Court. Dallet, characterized as a liberal Democrat, gave her party hope for things to come.

President Donald Trump won the state in 2016 by less than 1 percent, but Dallet won her race against conservative judge Michael Screnock by double digits. Democrats in Wisconsin hope that momentum continues through November.

Governor Scott Walker, who endorsed Screnock and is up for reelection in November, Tweeted:

Walker concluded his Twitter thread with a call for volunteers and money for his own campaign.

If you support our bold efforts to help families and reform government, I need your help right now. CHIP IN $5 and… https://t.co/FKxlIuSJQH
— Scott Walker (@Scott Walker) 1522811616.0

Dallet won her seat by nearly 12 points, however past Supreme Court elections in the state did not always translate into victories in the regular elections. But Martha Laning, Wisconsin Democratic Party Chairwoman,  said Governor Walker should be concerned, calling it a "huge loss" for him because his "endorsement, philosophy and politics were on the ballot."

Randy Bryce, one of the Democratic challengers for Paul Ryan's House seat, called the result "a rallying cry for working folks."

Dallet's victory was not the first message for Walker or his party. In a January special state Senate election, for a seat held by Republicans for 17 years, a Democrat proved victorious.

Walker referred to it as a "wake-up call" for his party with a flurry of a dozen Tweets. And asked again for donations to his campaign.

Senate District 10 special election win by a Democrat is a wake up call for Republicans in Wisconsin.
— Scott Walker (@Scott Walker) 1516163092.0

Big Government Union Bosses are targeting Wisconsin, again! Chip in a few $$$ today so that we can fight back and k… https://t.co/cAgiXtmVRe
— Scott Walker (@Scott Walker) 1516151906.0

WAKE UP CALL: Help us spread the good news about our results and fight back against those trying to undo our reform… https://t.co/B0eZ6upJEI
— Scott Walker (@Scott Walker) 1516207138.0

In each case, Walker blamed outside interests, especially unions, for the Republican losses. However, others see the victories differently and let him know.