Everything You Need to Know About the Virginia Governor's Race 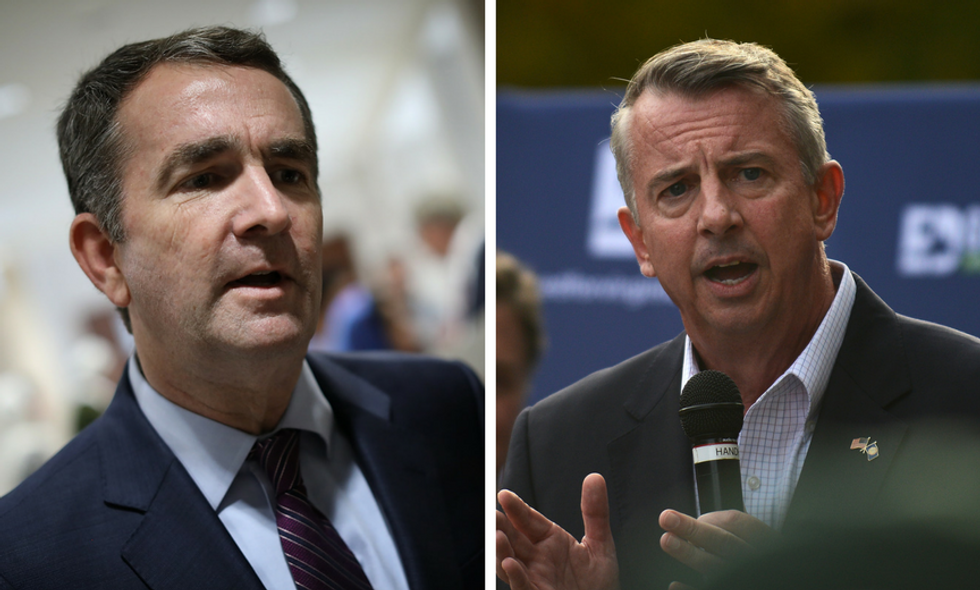 On November 7, 2017, Virginia will go to the polls to elect a new governor to replace Terry McAuliffe, who was elected in 2013 and has served as governor for 1 term. McAuliffe is prohibited from seeking a second consecutive term.

The candidates for governor in Tuesday's election are Democratic Lieutenant Governor Ralph Northam and Republican Ed Gillespie. Gillespie is the former chair of the Republican National Committee and a lobbyist who ran unsuccessfully for Senate against Senator Mark Warner in 2014. Libertarian Cliff Hyra will be on the ballot as well.

In 2016, Hillary Clinton won Virginia by 6%, leading many to believe that the governor's race was Ralph Northam's to lose. But Gillespie has kept it close by running on divisive cultural issues Donald Trump has used to instill fear and exploit divisions, such as the Colombian MS 13 gang, the confederate monuments, and the NFL's national anthem protests. The Washington Post editorial board went so far as to condemn Gillespie's campaign for these tactics.

The polls are quite close in Virginia with a recent Roanoke College poll showing Northam and Gillespie tied at 47% each and a recent Rasmussen poll showing them tied at 45%.

According to The Washington Post, this election has set a record in Virginia for absentee voting, with more than 147,000 absentee votes cast already as of Friday.

In addition to electing a new Governor, Virginia voters will also elect a Lieutenant Governor and Attorney General. Additionally, all 100 members of the Virginia House of Delegates are up for election. Democrats need to gain 17 seats to take over the majority from the Republicans.

Polls in Virginia open Tuesday at 6 AM and close at 7 PM. Virginia voters can find their polling place here. Check back here for early, real-time election results and updates.