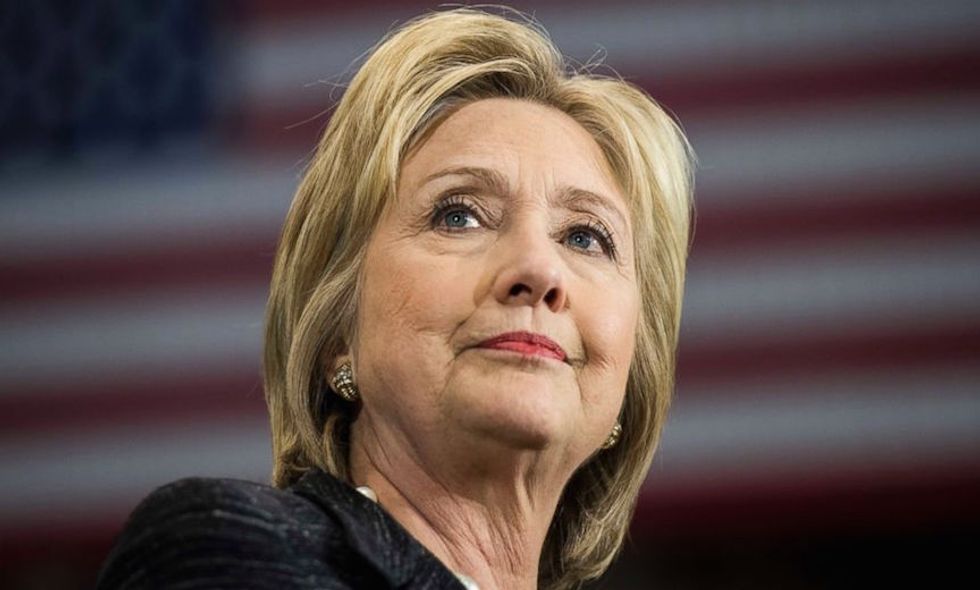 Hillary Clinton’s search for a running mate is complete. The Democratic presidential nominee announced the selection of Virginia Sen. Tim Kaine as her vice president today.

I'm thrilled to announce my running mate, @TimKaine, a man who's devoted his life to fighting for others. -H https://t.co/lTVyfztE5Z
— Hillary Clinton (@Hillary Clinton) 1469232700.0

A conservative Democrat, Kaine is Clinton’s best chance to pick up votes from more moderate Republicans. Kaine previously served as governor of Virginia from 2006-2010. For two years, he served as Chairman of the Democratic National Committee, garnering praise for his efforts to expand the party’s grassroots focus. His status as a key player was critical to the empowerment of the DNC under the Obama administration.

Observers considered Kaine a safe––if somewhat uninspired––choice. Insiders on both the Democratic and Republican sides heavily favored Kaine, according to a recent report which surveyed them on condition of anonymity. “Hillary comes to this from a position of strength,” said one Florida Democrat. “She doesn't need someone to expand her coalition. This election doesn't need more spice––The Donald is more than enough. So she should stick with steady, proven leadership––which is a big part of her brand.” A Colorado Republican agreed, insisting that Clinton needs a “safe pick.” “She needs someone that independents and disgruntled Republicans can support,” he concluded.

Kaine is a pragmatic choice for Clinton. Both share complementary policy positions, which may prove especially valuable as Kaine is from a swing state. He is fluent in Spanish, which as one Democratic insider noted, “will help with the Hispanics.” (His fluency in the language proved especially useful when bonding with a rapidly growing Latino community in the North Virginia suburbs during his tenure as governor.) Kaine has also enjoyed a relatively scandal-free political career. Clinton, regularly dogged by low unfavorability ratings, could benefit tremendously from Kaine’s sensible and clean image.

But Kaine’s affability, some worry, might not be the antidote Clinton needs if she wants to draw more votes from progressives. Robert Borosage, co-director of Washington-based progressive advocacy group Campaign For America’s Future, is especially critical. “If you want to inspire Sanders voters, he’s a zero,” he said. “If you want to ensure that the African American vote turns out, [Kaine's] a zero. If you want to make a boring, safe choice, you can

choose him, but he’s not going to turn out anyone to vote.”

Liberals have further criticized Kaine for his ambivalent stance and voting record on abortion. Since winning his seat in the Senate, Kaine has only grown more vocal in his support for Roe v. Wade, the landmark Supreme Court ruling which disallowed many federal and state restrictions on abortion within the United States. However, Kaine has stated that he is personally opposed to abortion. When members of his party asked him to clarify his position, he affirmed that regardless of his personal beliefs, he supports a woman's right to choose.

Kaine’s previous conservative policies as governor of Virginia have raised concerns he could further damage Clinton’s credibility with more liberal voters. He has also expressed his support for the Trans-Pacific Partnership, which Clinton championed as Secretary of State before opposing it during the course of her campaign.

With the economy a top concern for many voters, Kaine’s record on economic policy is solid. It could prove crucial to endearing himself to voters, the majority of whom do not know him outside of his home state. The Great Recession struck during his term as governor of Virginia, but his state escaped much economic trouble because of its reliance on federal contracting and government employment.

.@TimKaine's guiding principle: the belief that you can make a difference through public service. https://t.co/YopSUeMqOX
— Hillary Clinton (@Hillary Clinton) 1469233707.0

A strong service sector in the state also allowed it to maintain strong wage growth. Under Kaine’s leadership, Virginia job losses remained fewer than the national average. Although the jobless rate doubled to more than 7 percent by the time Kaine left office, jobless rates within the state were also below the national average which hit 9.9 percent compared to 4.7 percent four years earlier.