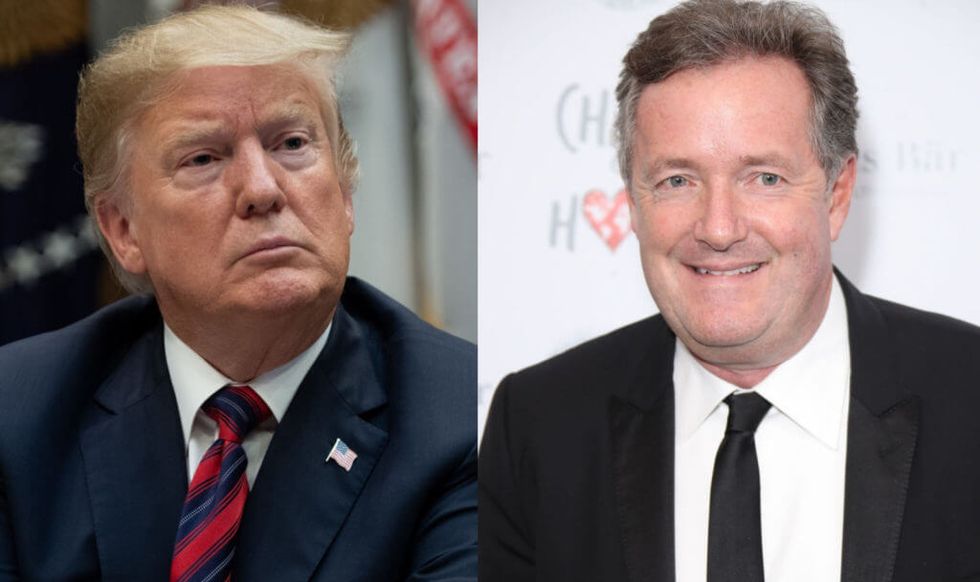 British citizens voted in 2016 to leave the European Union in a move known as "Brexit." Since then, Members of Parliament and Prime Minister Theresa May have struggled to settle on an agreeable deal with the European Union before the impending exit day on March 29.

The discourse and the number of failures have created a chaotic atmosphere in Britain, with some championing a second public referendum to those insisting Britain leave with no deal in place.

I've given this a lot of thought & come to the conclusion that only one person can now sort out this ridiculous Bre… https://t.co/3YcoxCWaN5
— Piers Morgan (@Piers Morgan) 1552551496.0

Though the America's Got Talent judge has waded into vocal Conservatism since Trump's election, the idea that Trump would alleviate the chaos imposed by Brexit, rather than fan its flames, is a lot less pragmatic than Morgan usually tries to appear.

@piersmorgan @realDonaldTrump Everything after “a lot of thought” is a contradiction.
— Chad Clifton (@Chad Clifton) 1552551616.0

However, some were on board with the idea.

Some Americans said, "You can have him."

@piersmorgan @realDonaldTrump We would gladly let you take him. Today if possible. But you have to keep him.
— Esther reser (@Esther reser) 1552568587.0

Maybe Piers is onto something after all.