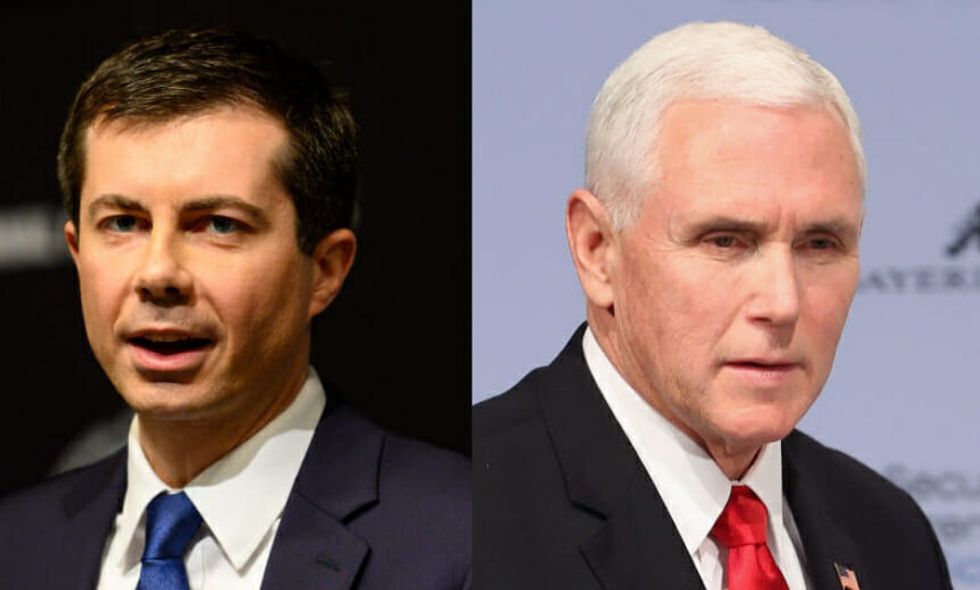 Pence, who was the governor of Indiana, said on CNBC's Squawk Box that Buttigieg "knows him better" and was trying to make waves in a swelling Democratic field.

Buttigieg responded to the Vice President's assertion in a recent appearance on Ellen and his response was classic Mayor Pete.

"I'm not interested in feuding with the Vice President, but if he wanted to clear this up, he could come out today and say that he's changed his mind, that it shouldn't be legal to discriminate against anybody in this country for who they are."

Buttigieg went on to describe that his religion, unlike what many speculate about Pence's, was "a message that is fundamentally about love, about love and humility." His comments were met with applause from the audience.

@briantylercohen @PeteButtigieg Mayor Pete.. What can I say? I think he has a great platform, and he speaks for the majority of the USA
— Shawn in Arizona 🌵 (@Shawn in Arizona 🌵) 1555051178.0

And it looks like the Buttigieg phenomenon won't be ending any time soon.

Multiple polls have seen a surge in the candidate's popularity, trailing only behind frontrunners like Bernie Sanders and Joe Biden.

And it seems like his fire isn't done catching.

@briantylercohen @PeteButtigieg The more I hear from him the more I want him to lead us out of this darkness.
— Janet Johnson (@Janet Johnson) 1555073084.0

@briantylercohen @joncoopertweets @PeteButtigieg The more I hear him speak the more I like him
— Ser Johnson (@Ser Johnson) 1555078397.0

Mayor Pete is proving to be the anti-Trump.