Pearl Harbor Remembrance Day 2017: Why Do We Observe It? 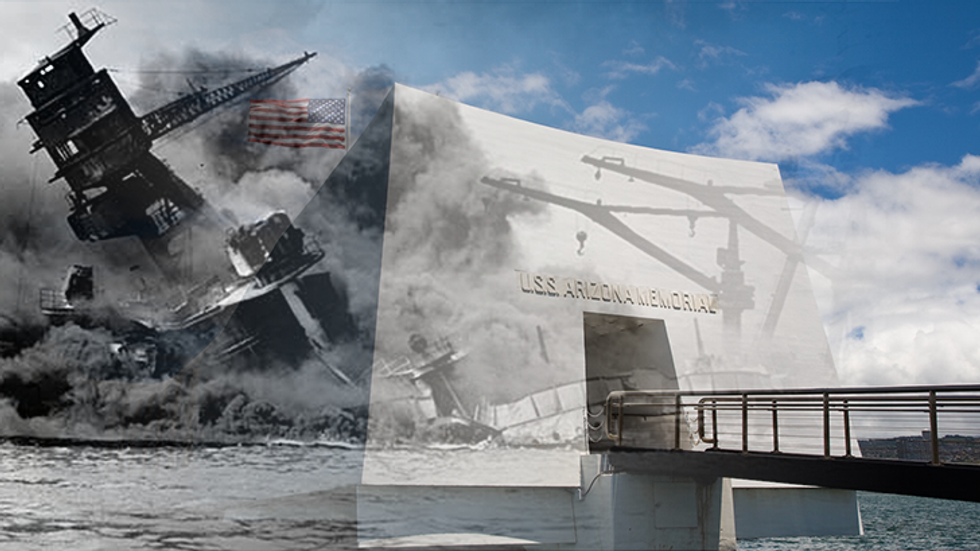 On Dec. 7, 1941, a strike force of the Imperial Japanese Navy flew into the airspace of Oahu, Hawaii to commence a two-hour-long attack on the Pearl Harbor naval installation. Battleships were bombed, air bases across were left devastated, and 2,403 citizens of the United States died. The attack shook the nation, instilled fear in Americans' hearts, prompted the incarceration of thousands of Japanese-American citizens and their families, and resulted in Congressional approval of war with Japan.

Annually on Dec. 7, the United States stops to reflect on the over 75-year-old attack with Pearl Harbor Remembrance Day. Beyond instigating war in the Pacific, the attack became a landmark in U.S. history. Those that were involved in it and the day itself earned the yearly observation, but why do we memorialize the day?

To understand why Congress recognized Pearl Harbor Remembrance Day on Aug. 23, 1994, it’s important to know the impact it had on the United States.

Prior to World War II, the United States' government largely followed a foreign policy of non-interventionism, or an avoidance of alliances with other nations. Despite involvement in World War I and other conflicts throughout the nation’s history, it often followed a policy that kept it out of foreign affairs. Even after declaring war on Germany in 1917, the United States initially did not officially ally itself with any nation.

The attack on Pearl Harbor forced the United States into World War II, as a declaration of war on Japan on Dec. 8, 1941 led to war with the Axis in Europe. With new allies in the United Kingdom, Russia, and other Allied nations, the United States slowly built itself up as a global superpower with involvement in multiple foreign affairs. Immediately following Japan's surrender, it became a part of the division of the Korean Peninsula that ultimately led to the Korean War.

Observing Pearl Harbor Remembrance Day is akin to honoring the birth of the modern United States, but there’s more to the unofficial holiday. To understand another part of the day’s importance, consider a quote by philosopher George Santayana.

“Those who cannot remember the past are condemned to repeat it.” Pulled from The Life of Reason, Vol. 1 Reason in Common Sense, Santayana’s phrase has spawned many versions, but they all point to the same warning.

Though Japan surprised the naval base, there were missteps on the part of United States intelligence and leadership that left the naval base unaware of and ill-prepared for movement in the Pacific. One such example is a memo dated three days before the attack that detailed Japan’s surveillance of Hawaii as an attack point. The memo went largely ignored, and the attack was never prepared for.

Finally, but certainly not least important, Pearl Harbor Remembrance Day allows the nation to collectively commemorate the men and women that were killed during the attack that day. From the 1,177 crew members aboard the USS Arizona battleship to the civilians struck by stray fire closer to Honolulu, HI, the day is intended to honor their memory.

It also serves as a means of recognizing the dwindling number of survivors, including men like Ray Chavez and Jim Downing, respectively the oldest and second oldest Pearl Harbor survivors, and the more than 100,000 Japanese-Americans that were imprisoned following Executive Order 9066. Ceremonies held across the country and in Pearl Harbor are dedicated to the more than thousands of Americans that were affected by the events of that quiet Sunday morning in December.