After Paul Manafort Was Sentenced to Just 47 Months in Jail, People Are Sharing Others' Prison Sentences and Coming to the Same Conclusion 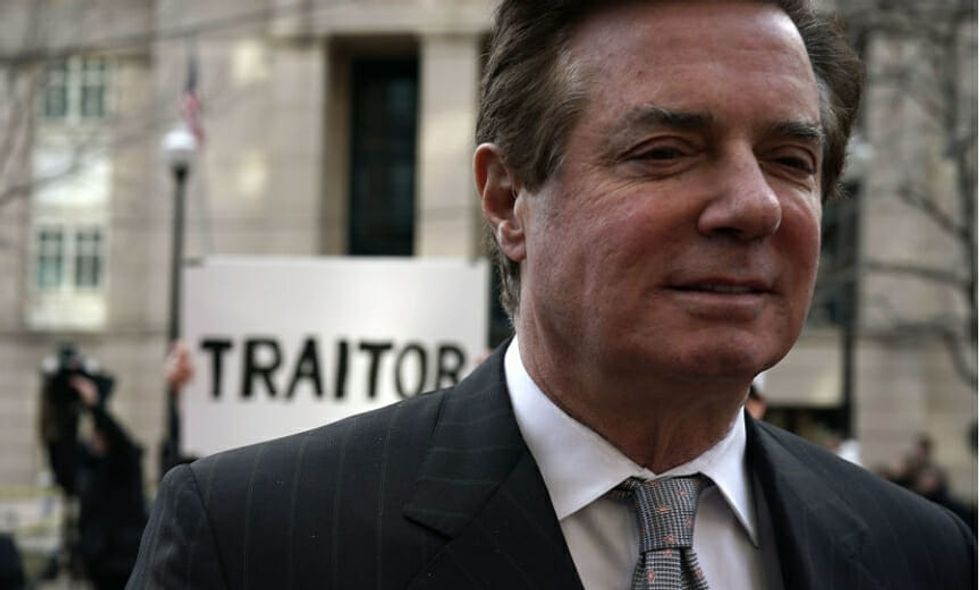 After defrauding the United States of millions through his work in Ukraine and on behalf of Russian elites, former campaign chair to President Donald Trump, Paul Manafort, received a 47 month prison sentence in one of the two cases brought against him by Special Counsel Robert Mueller's office.

The sentence—handed down by U.S. District Judge T.S. Ellis III—was a far cry from the 19 to 24 years recommended by the Special Counsel, insisting that Manafort had lived an otherwise "blameless life."

A chorus of voices soon began coming out against the sentence's leniency, criticizing Judge Ellis for believing Manafort led a blameless life, and highlighting the widespread inequities within the United States' Justice System.

Among them was veteran journalist Dan Rather, who said:

“The sentence is just a slap on the wrist to, you know, a big-time criminal...a minor sentence for another elite, well-connected, Washington big-shot. I will say, a lot of black kids in the projects routinely get worse sentences than Manafort has gotten."

Many notable Americans began sharing stories of those who committed far less harmful crimes but—due to an insufficient amount of wealth or whiteness—were handed harsher sentences.

yup. i had been threatened w/ 27 years for filing a false affidavit + other actions trying desperately to keep an a… https://t.co/f1p7xyXrVb
— Monica Lewinsky (@Monica Lewinsky) 1552012211.0

Others pointed out the five years being served by Crystal Mason.

Many Americans joined with them to criticize the sentence.

One particular phrase used by Judge Ellis while handing down the sentence struck the ire of many.

In elaborating on the leniency of the sentence, Ellis said Manafort had lived an "otherwise blameless life." This—as many pointed out—was far from the truth.

My view on Manafort sentence: Guidelines there for a reason. His crimes took place over years and he led far from a… https://t.co/snEeRLXceg
— Amy Klobuchar (@Amy Klobuchar) 1552004109.0

However, there was one person who was pleased with the verdict.

Both the Judge and the lawyer in the Paul Manafort case stated loudly and for the world to hear that there was NO C… https://t.co/awiZEepZwl
— Donald J. Trump (@Donald J. Trump) 1552051846.0

Berman Jackson's sentence is expected to be heavier, but rather than relying on her, we should be able to rely on an equal distribution of justice.