We Now Know How Much the Government Shutdown Has Cost the U.S. Economy, and It's Quickly Approaching the Amount Trump Is Asking for His Wall 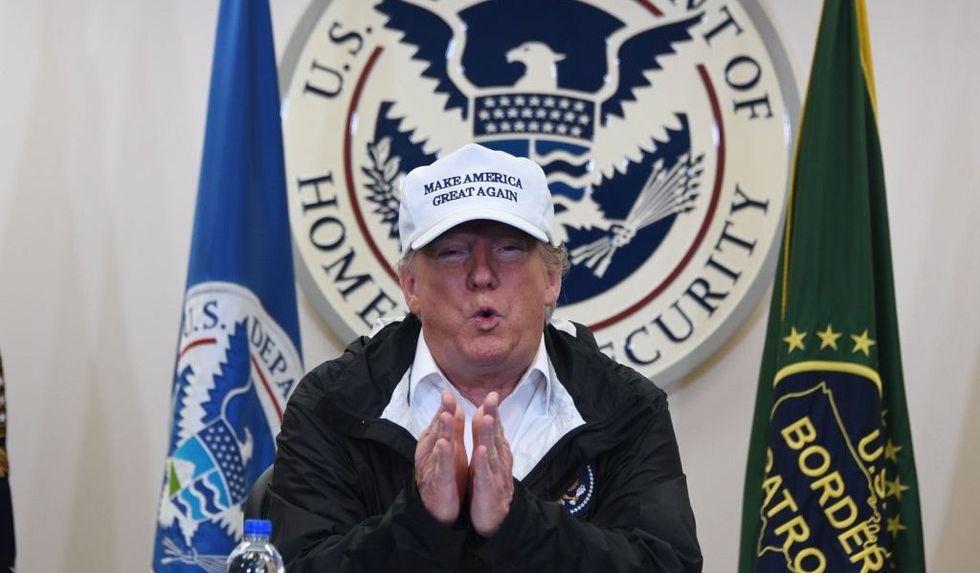 US President Donald Trump speaks during his visit to US Border Patrol McAllen Station in McAllen, Texas, on January 10, 2019. (Photo by JIM WATSON/AFP/Getty Images)

Most in the United States are aware of the human costs of the partial government shutdown orchestrated by President Donald Trump to force Congress to acquiesce to his demands. Government workers affected by Trump's shutdown shared stories with the press and on social media.

But one factor fewer people are aware of is the effect of Trump's shutdown on the United States economy. Standard & Poor's Global Ratings performed an analysis to determine what that cost is thus far as the GOP supported shutdown hits the 21st day.

And the longer the Republican led Senate under Majority Leader Mitch McConnell's continue to block efforts to reopen the government, the more the economy will lose. S&P stated after the third week the costs will balloon beyond the $1.2 billion it cost during the first three weeks of Trump's shutdown.

The direct hit to the economy comes from the loss of productivity from furloughed workers. But indirect losses are significant as well.

Companies, hotels and restaurants around closed or neglected national parks and monuments experience losses. And unlike government employees, contractors doing business with the government laid off staff.

Those private employees are out of work and stand no chance of getting back their lost wages and benefits.

And S&P stated even if furloughed government workers are paid for their lost wages, it will only cause a rise in inflation and not a rebound in the economy. Furloughed workers—unlike those currently working without pay—are not guaranteed payment of lost wages, but some members of Congress called for them to be compensated.

People reacted to the news from S&P.

@ABC Wouldn't it be great if Donald Trump was as passionate about healthcare insurance and infrastructure as he is about his symbolic wall.
— 𝑭𝑶𝑹𝑻𝑰𝑺 (@𝑭𝑶𝑹𝑻𝑰𝑺) 1546592754.0

While hardcore Trump supporters blame Democrats for the shutdown, ignoring the President stating he would be proud to shut down the government and would own it and not blame Democrats...

...they are in a definite minority.

Most people in the United States blame Trump and the GOP, who held both chambers of Congress for years without ever funding a wall, and who now block all efforts to reopen the government.

McConnell and Trump made no moves to reopen the government yet, with McConnell refusing to consider his own budget proposals that he pushed through the Senate at the end of the 115th Congress, but the President threatened to declare a national emergency and use the budget of the Department of Defense as well as funds set aside for actual national emergencies to build his wall.