Republican Law Designed to Keep College Students From Voting in New Hampshire Just Got Smacked Down In Court, and People Are Cheering 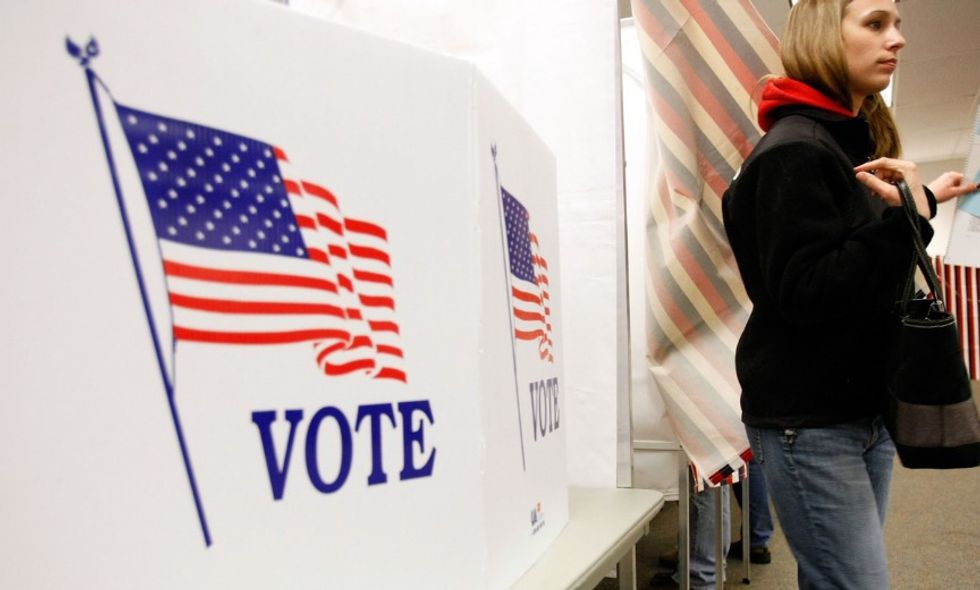 The New Hampshire Superior Court on Monday issued an injunction against a 2017 law that made same-day voter registration more difficult.

The court tossed SB 3, which placed stringent proof of residency requirements on voters hoping to register on the same day they cast a ballot. The court ruled that SB 3 placed unconstitutional burdens on the right to vote, especially on college kids and the poor, who typically swing Democratic.

Under the law, voters had to obtain physical proof of residence, instead of verbally affirming their information under penalty of perjury, as was the process before the law was enacted last year.

Brown also railed against the confusing nature of the forms required by the law and the length of time it would take to fill them out, thus creating severe delays on election day.

"I'm pleased that the New Hampshire Superior Court has issued an injunction against SB 3, which made voting more confusing for many eligible voters. We need a governor who will protect our right to vote, not put barriers in place to this fundamental right. As governor, I'll repeal SB 3 and HB 1264 and expand access to voting. Voters are ready to replace Chris Sununu in November."

The American Civil Liberties Union also lauded the injunction, which the organization dubbed a "big deal."

In a statement, the ACLU broke down the ruling:

"The Superior Court found that the new forms imposed by SB 3 were confusing and lengthy and could potentially contribute to significantly longer lines at some polling places.  The Court also found that some populations, such as the homeless, would be disproportionately burdened by the law.  Finally, the Court found that the law was not supported by the State’s claimed interests of combatting voter fraud or increasing voter confidence."

“This injunction is a win for all eligible voters and sends a clear message that voter suppression tactics will not be tolerated in New Hampshire," said state party chair Ray Buckley. "Every qualified voter should be permitted to vote without unnecessary burdens imposed upon them. Now, let’s work together to make our voices are heard on November 6th and to ensure no such bill is a viable option in New Hampshire ever again."

Liberal activists working to elect Democrats and protect the right to vote are ecstatic.

People are well aware of what's at stake.

The public sees what Republicans are trying to do - suppress the vote.