Nancy Pelosi Just Revealed the Provocative New Name of Democrats' New House Committee on Climate Change, and People Are So Here For It 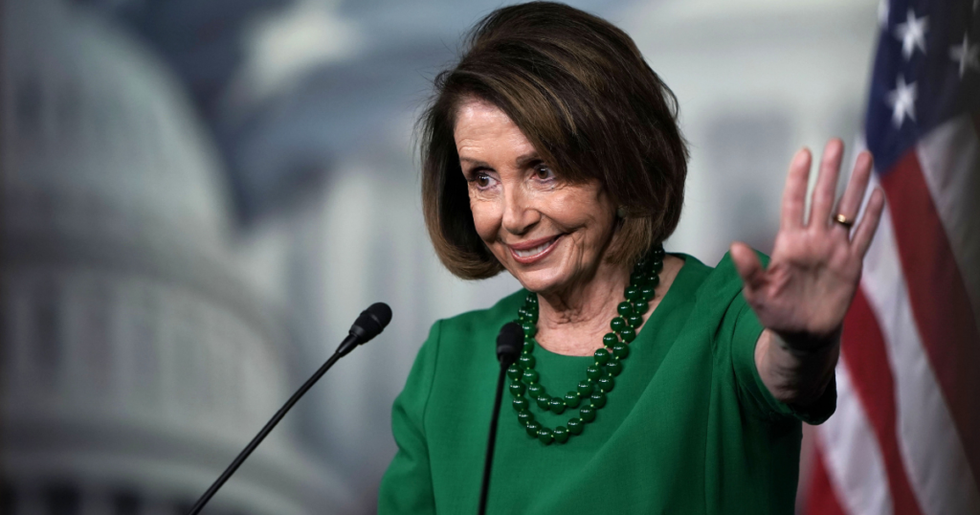 Incoming Speaker of the House Nancy Pelosi (D-CA) on Friday announced the creation of a new Congressional panel dedicated to tackling the accelerating threat of climate change.

The Select Committee on the Climate Crisis will be chaired by Congresswoman Kathy Castor (D-FL), Pelosi wrote on Twitter.

"It is with great enthusiasm that I appoint @USRepKCastor as the Chair of our new Select Committee on the Climate Crisis," Pelosi tweeted. "We know she will bring great experience, energy & urgency to confronting this existential threat."

It is with great enthusiasm that I appoint @USRepKCastor as the Chair of our new Select Committee on the Climate Cr… https://t.co/i182OYTzs5
— Nancy Pelosi (@Nancy Pelosi) 1546014891.0

In a statement, Pelosi lauded Castor as "a proven champion for public health and green infrastructure, who deeply understands the scope and seriousness of this threat."

Castor's "experience, energy, and urgency to the existential threat of the climate crisis... will be critical," Pelosi said, in getting Congress "to respond to the urgency of this threat, while creating the good-paying, green jobs of the future."

The committee's name is generating quite a bit of excitement... and urgency.

The change reflects a need for immediate action that some have been supporting for years.

Finally, Congress may be taking meaningful steps to address the threat posed by the global climate crisis.

@NancyPelosi @USRepKCastor I hope the energy she brings to confronting this threat is renewable!
— Jess Winfield (@Jess Winfield) 1546021052.0

@NancyPelosi @USRepKCastor I feel hopeful that your leadership can help us out of this awful mess!
— Catawba River (@Catawba River) 1546017527.0

Like any new endeavor on Capitol Hill, however, Pelosi's move is not without some controversy.

Some are wondering about the fate of the "Green New Deal," which has been proposed by Congressional freshman Alexandria Ocasio-Cortez (NY-14), a rising star on the left.

@NancyPelosi @USRepKCastor I hope the GREEN NEW DEAL has a place in her agenda.
— CommanderKira (@CommanderKira) 1546015900.0

Representatives that have ties to big oil will be allowed to serve on the committee, which does not sit well with environmental defenders.

Others want Ocasio-Cortez on the committee too.

Earlier this month, Castor assured liberals that the committee "is in the spirit of the Green New Deal." She told The Hill: "There’s some fabulous proposals in the Green New Deal, and I’m excited about all that. You may see some similar language. Clearly, the focuses are going to be the same."