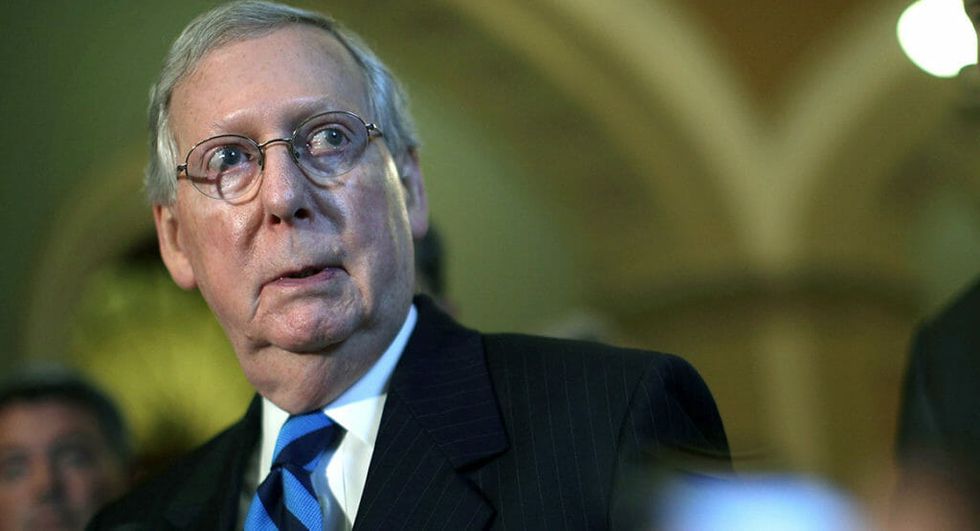 In a surprise move Monday night, Senators Mike Lee and Jerry Moran announced their opposition to the GOP Senate bill, scuttling hopes of passing their Obamacare replacement in its current form.

My colleague @JerryMoran and I will not support the MTP to this version of BCRA #HealthcareBill
— Mike Lee (@Mike Lee) 1500337823.0

In a statement Monday night, Mitch McConnell acknowledged the lack of support for repeal and replace but made clear this would not be the end of their effort to repeal the Affordable Care Act. Instead they would proceed with a clean repeal bill, identical to that which passed the Senate in 2015, with a 2 year delayed implementation.

But as of Tuesday afternoon, this new strategy appeared to be dead in the water as three GOP Senators, Shelly Moore Capito, Susan Collins and Lisa Murkowski, had already announced opposition to repeal without replace.

I will vote no on the motion to proceed to repeal the Affordable Care Act without a replacement. I voted against th… https://t.co/Y92Ny9oVrM
— Sen. Susan Collins (@Sen. Susan Collins) 1500394016.0

It's unclear whether this spells the end of McConnell's effort to repeal the Affordable Care Act but certainly signals his caucus does not currently have the votes to do so.