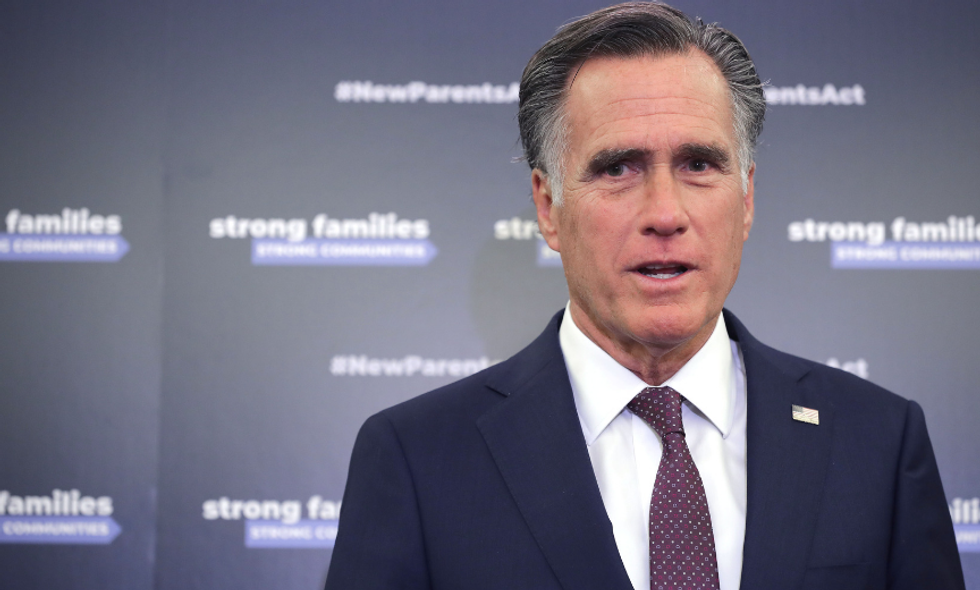 On Thursday, Attorney General William Barr released his redacted version of the Mueller Report, all 448 pages of it.

By Friday, many members of Congress had read the report and released statements on it, including Senator Mitt Romney.

He tweeted out a three-paragraph statement on the report, in which he lamented that he is:

"...sickened by the extent and pervasiveness of dishonesty and misdirection by individuals in the highest office in the land, including the president."

"I am also appalled that, among other things, fellow citizens working in a campaign for president welcomed help from Russia, including information that had been illegally obtained."

But it was his opening line that caught some people's attention for its outright brazen dishonesty:

"It is good news that there was insufficient evidence to charge the President of the United States with having conspired with a foreign adversary or with having obstructed justice."

You can read his statement below:

Yeah, that's not a thing that the Mueller Report found. In fact, what Mueller did say explicitly was:

“If we had confidence after a thorough investigation of the facts that the President clearly did not commit obstruction of justice, we would so state. We are unable to reach such a judgment.”

Romney was immediately called out.

One false statement in the Romney reaction—Mueller did not find that there was insufficient evidence to prosecute T… https://t.co/hrhrEjI737
— Renato Mariotti (@Renato Mariotti) 1555709077.0

Romney was also called out for being all talk and no action.

Romney translated: I am a weakling and a coward. I want desperately to be seen doing the right thing but not if it… https://t.co/Mz4E4kT3Fe
— Adam Parkhomenko (@Adam Parkhomenko) 1555703627.0

A perspective that was summed up well by this Twitter user: