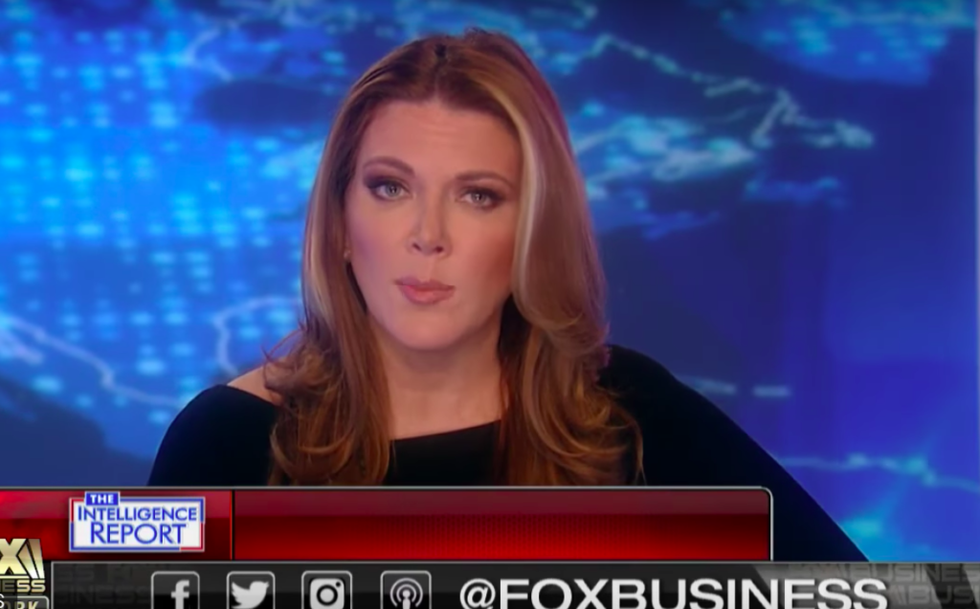 Noting that the tax plan, which passed both chambers of Congress yesterday, effectively places Blackstone Group CEO Stephen Schwarzman, who makes $400 million a year, in a lower tax bracket than a “New York City cop,” she reminded her viewers that President Donald Trump had broken his promise to abolish the carried interest loophole which allows people like Schwarzman to call their income "investment."

“The president promised to fix this, remember? Those private equity fat cats get away with paying investment taxes instead of income taxes and that is just wrong. So why doesn’t anyone care?”

Regan then showed a clip of Treasury Secretary Steven Mnuchin dismissing claims that the "investment tax" would benefit those in private equity, saying the tax break would not amount to “that much money.”

“No, it’s not that much money! Who cares about 100 billion dollars? Maybe Steven Mnuchin doesn’t care about 100 billion dollars or his billionaire friends, but, come on. You mean to tell me that special interest lobbyists are so alive and well in Washington that they convinced the entire House and the entire Senate to ignore this inequity?" She added: "I'm beginning to wonder if our country is becoming ungovernable.”

The responses she received were rather mixed.

"Many of us (former) Trump supporters agree with you 100%," wrote author Charlotte Laws. "Thanks for speaking out. It is unfortunate but Trump & the Republicans are completely blowing it."

"I’ve asked it before: Could this terrific broadcaster be itching to get fired from FOX to pursue a better home for her eclectic views? My cableco doesn’t carry FOX Business," wrote another commenter. "So, unless I chance upon Trish on a regular FNC segment, I have to yearn for her to relocate. Whether it be Bloomberg, CNN, back to CNBC or— here’s a thought—PBS...any network would be a vastly better abode for Ms Regan."

Still another: "No one knows jack sh*t about this bill or taxes in general. I don't and so are the many of the commentators here and pundits and liberals screaming their heads about this benefiting the wealthy. First off, the wealthy are the ones paying taxes in the first place. So yes, cutting taxes will benefit them because THEY ARE THE ONES PAYING FOR THE REST OF US!!"

Speaking at a Detroit campaign rally in 2016, then-presidential candidate Trump promised to eliminate the carried interest loopholes which make the already wealthy even wealthier.

"The rich will pay their fair share, but no one will pay so much that it destroys jobs, or undermines our ability as a nation to compete," Trump said at the time. "As part of this reform, we will eliminate the carried interest deduction and other special interest loopholes that have been so good for Wall Street investors, and for people like me, but unfair to American workers."