Robert Mueller may have secured yet another plea deal. 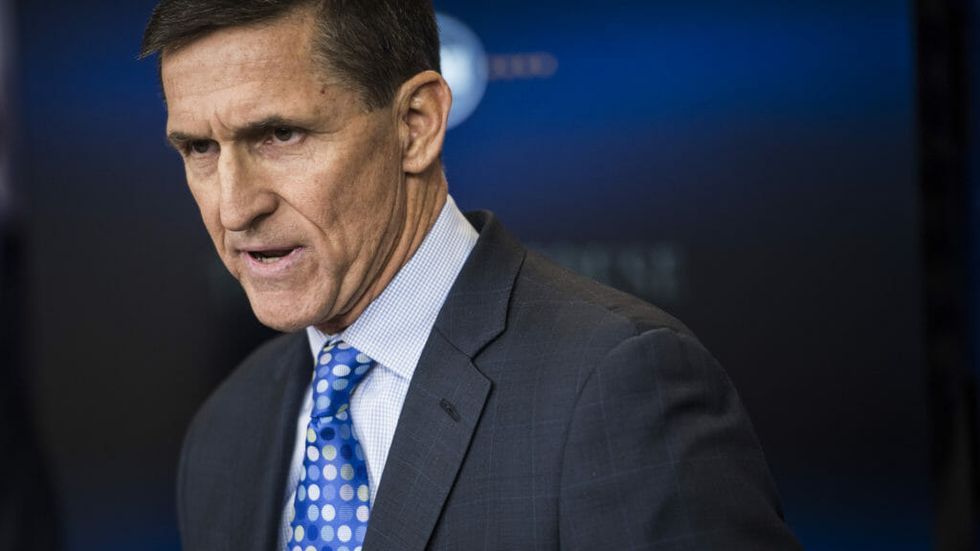 The attorney for President Donald Trump’s former national security adviser Michael Flynn met with members of special counsel Robert Mueller’s team Monday morning, furthering speculation he may be willing to take a plea bargain in the Russia investigation. The president's legal team confirmed last week that Flynn’s attorney Robert Kelner told the team he could no longer engage in privileged discussion about defense strategy in the case, according to ABC News.

Sources familiar with the Flynn investigation have said Flynn has faced more pressure "since prosecutors began focusing attention on his son, Michael G. Flynn, who worked as part of the Flynn Intel Group, the consulting firm founded by the elder Flynn a former head of the Defense Intelligence Agency." The younger Flynn also traveled with his father to Russia in 2015 for his appearance at a dinner in Moscow where he sat next to Vladimir Putin.

“It appears that General Flynn violated federal law by omitting this trip and these foreign contacts from his security clearance renewal application in 2016 and concealing them from security clearance investigators who interviewed him as part of the background check process,” Reps. Elijah Cummings and Eliot L. Engel, both Democrats, wrote in a letter to Flynn’s attorney in September.

Flynn, a decorated military officer, resigned from the White House in disgrace after he provided false information about his communications with the Russian government, particularly after the news of his conversations with Sergey Kislyak, then the Russian ambassador to the United States, became public.

According to former federal prosecutor Renato Mariotti, who recently weighed in on Mueller's decision to question witnesses about presidential adviser Jared Kushner's conversations and meetings with foreign leaders during the transition, the news about Flynn's legal team no longer sharing information with the Trump administration's legal team "tells us a lot."

He goes on to note that the fact that "Flynn's lawyers aren't sharing information with Trump's lawyers means that they believe it is no longer in Flynn's interest to do so. It is highly likely that it means Flynn is pursuing a cooperation deal with Mueller." This is a "shocking development," he goes on to say, largely "because it means that Flynn does not expect Trump to pardon him or his son, or he believes that him or his son could be convicted of unpardonable state offenses. If pardons are off the table, cooperation is likely the right move for Flynn."

A deal for Flynn would likely mean that Mueller would accept a guilty plea to a single felony charge and would potentially recommend a reduced sentence depending on the extent of his cooperation. It is unlikely to result in complete immunity.

Typically federal prosecutors require their cooperators to answer all questions on all subjects related to the investigation, so when someone "flips," it often generates many new leads and avenues to investigate. Flynn's cooperation would further lengthen the investigation.

So Trump lawyer Ty Cobb's prediction that the entire investigation could wrap up shortly after the new year is looking worse by the minute.

Flynn’s work for Turkey has come under additional scrutiny. A subpoena issued by a grand jury in Virginia earlier this year requested records about Ekim Alptekin, a Turkish businessman within President Recep Tayyip Erdogan of Turkey’s inner circle. Alptekin currently chairs the Turkish-American Business Council. Flynn did not register as a foreign agent–– as required by law when an American represents the interests of a foreign government––when he signed a $600,000 contract with Inovo BV, a Dutch company which Alptekin owns.

Per the terms of his contract, Flynn agreed to run an influence campaign to discredit cleric Fethullah Gulen, whom Erdogan has accused of orchestrating a failed coup in Turkey last summer. In March, Flynn filed a retroactive investigation with the Justice Department after his lawyer cautioned him that “the engagement could be construed to have principally benefited the Republic of Turkey.” Flynn also referred to Gulen as a “radical Islamist” and called for improved relations between Turkey and the United States in an op-ed for The Hill last year. Flynn has come under harsh criticism for allegedly suggesting kidnapping Gulen from his home in rural Pennsylvania and sending him back to Turkey. All of this occured while Flynn served as national security adviser.

Flynn's attorney declined to comment when approached by reporters. Jay Sekulow, a member of President Trump's legal team, insisted last week that Flynn's decision to not engage in privileged discussion with White House counsel was “not entirely unexpected.”

“No one should draw the conclusion that this means anything about Gen. Flynn cooperating against the president,” Sekulow said.