Melania Is Trying to Oust One of Donald Trump's Top Foreign Policy Advisors, and People Have Questions

Did she just go rogue? 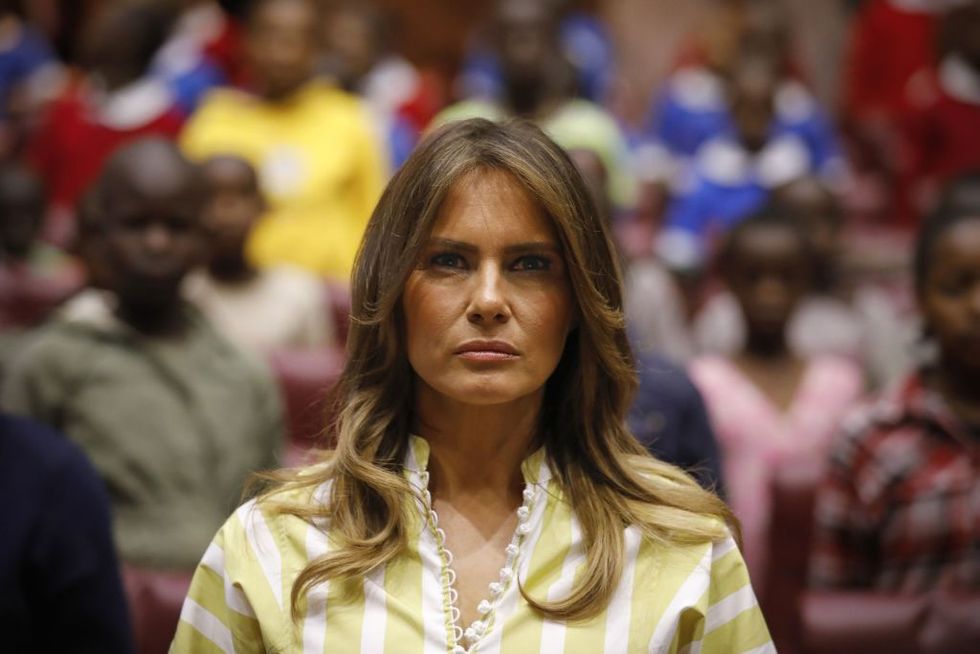 US First Lady Melania Trump listens as the Kenyan national anthem is played at the Kenya National Theatre in Nairobi, on October 5, 2018. - Melania Trump is in Africa to promote her children's welfare programme. (Photo by DAI KUROKAWA/AFP/Getty Images)

While Americans are used to President Donald Trump publicly lambasting members of his own administration, it seems one official has fallen out of favor with First Lady Melania Trump—and Mrs. Trump is making sure the public knows it.

The official in question is Deputy National Security Advisor Mira Ricardel, who reportedly had a dispute with the First Lady's staff during Mrs. Trump's recent visit to Africa.

Ricardel allegedly berated other White House officials and spread rumors about Secretary of Defense James Mattis, with whom she feuded.

While the First Lady is known for keeping a low profile, a statement from her office regarding Ricardel pulled no punches:

"It is the position of the Office of the First Lady that [Ricardel] no longer deserves the honor of serving in this White House."

There are conflictingreports as to whether or not the President has heeded his wife's recommendation and forced Ricardel out.

Nonetheless, many appear to be taking Ricardel's side.

@BBCWorld Could you imagine the response form the right if Michelle Obama had called for a member of the administra… https://t.co/lMbNMibH1h
— SageRobinson (@SageRobinson) 1542144890.0

Others were left reeling at just how unprecedented the move of a President ousting a White House official at the demands of the First Lady would be.

@Reuters Whether Ricardel should be ousted or not, since when does a FLOTUS offer her opinion on something like this??
— Sandy Kay (@Sandy Kay) 1542140205.0

"It is the position of the Office of the First Lady that (Ricardel) no longer deserves the honor of serving in this… https://t.co/szX7jcCJtN
— Olga Lautman (@Olga Lautman) 1542140278.0

And that's just the tip of the iceberg.

With the recent firing of Attorney General Jeff Sessions, the impending removal of Homeland Security Secretary Kirstjen Nielsen as well as the mountains of other White House officials who have left or been forced out of the administration, many saw Ricardel's possible removal as yet another instance of musical chairs in the White House.

@rebeccaballhaus Trump has purposely created a WH reality show where he is both the director and star and it airs d… https://t.co/gorHLZOzeJ
— Wendy Wills (@Wendy Wills) 1542140163.0

@NBCNews It seems there are more dismissals in this administration than on the Apprentice!!!
— LauraAnderson (@LauraAnderson) 1542148472.0

The chaos of the Trump administration probably played a factor in people dismissing the statement from the First Lady's office calling it an "honor" to serve in the White House.

Mrs. Trump's visit to Africa, where the feud allegedly reached new levels, was rebuked by many. The First Lady wore a colonial Pith helmet on a trip to Nairobi, Kenya—a move which was many rebuked, calling it ignorant and insensitive at best.

As the revolving doors of the White House could begin to turn again, many are left wondering who will be left in an administration that is so far right.