Democratic Senator Just Announced What She'll Do With Her Salary As Long as the Government Shutdown Lasts, and People Are Cheering 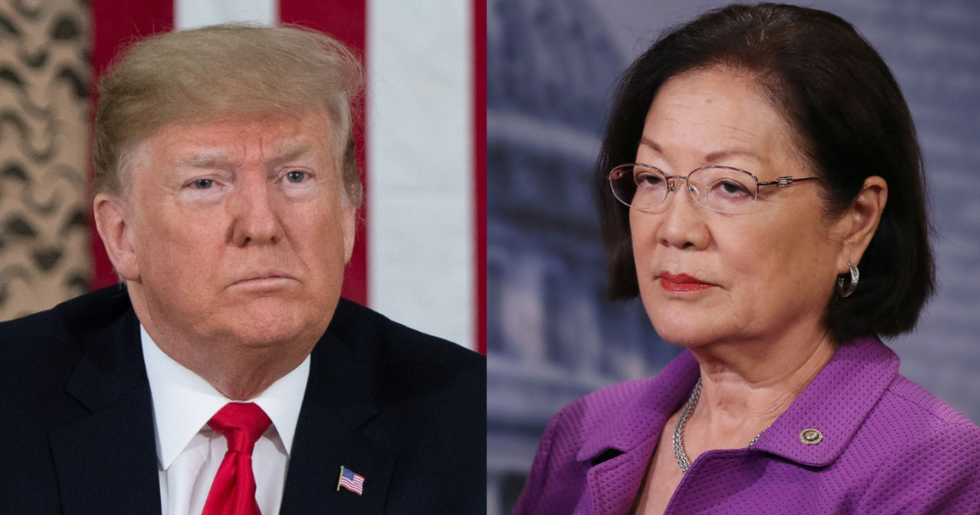 As President Donald Trump's third government shutdown concludes its first week, Senator Mazie Hirono (D-HI) is paying it forward with her government salary - and the internet is thrilled.

On Thursday, Hirono announced on Twitter that she would be donating her government salary to food banks in Hawaii "for as long as Donald Trump refuses to re-open the government," noting the thousands of employees feeling the sting of a paralyzed federal government.

"More than 2,500 federal workers in Hawaii are either furloughed or working without pay during the #TrumpShutdown," Hirono tweeted. "As long as Donald Trump refuses to re-open the government, I will be donating my salary to Hawaii’s food banks – who serve nearly 1 in 8 Hawaii residents in need."

United States Senators - whose pay by law is unaffected during a shutdown - earn an annual salary of $174,000.

@maziehirono You are a treasure as is your state. I am in Maui and the people of Hawaii have much aloha as do you!
— Floresha Redmond (@Floresha Redmond) 1545969932.0

Senator Hirono rocks! She said bull shit on live tv and is now donating her salary to help those in need! Thank you… https://t.co/BQBFYUHgKh
— John Lobanowski♎️ (@John Lobanowski♎️) 1545961119.0

Hirono's example is one that every member of Congress - and even Trump - can follow. Trump is the one refusing to budge, after all.

Last week, Congress passed a bipartisan continuing resolution to fund the government through February 8. The president at the last minute decided he needed more money for a border wall.

@maziehirono @campbrobert An honorable thing to do Senator. And Donald Trump will be donating his salary to the Trump Foundation.
— Edie's A/C (@Edie's A/C) 1545967590.0

Some people are demanding legislation suspending Congressional pay during a government shutdown.

@maziehirono I think you should also propose a law that congress & exec forfeit their salaries during a govt shutdown.
— lawgirl (@lawgirl) 1545972549.0

@thehill She shouldnt be getting a salary. Maybe if it applied to them they would all do something about it.
— MacDriver (@MacDriver) 1546015890.0