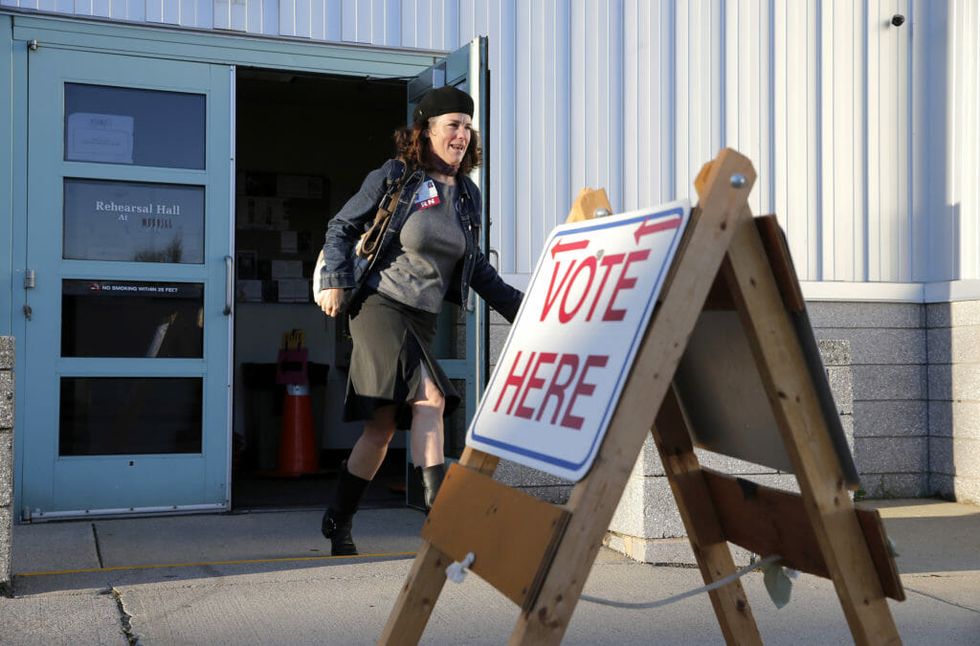 PORTLAND, ME - NOVEMBER 7: Rosemary Warnock, a registered nurse at Maine Health, exits the Merrill Auditorium voting station early on Tuesday. Warnock said she was particularly motivated to vote in favor of Medicare expansion and to oppose the casino proposal. (Staff photo by Ben McCanna/Portland Press Herald via Getty Images)

On Tuesday, November 7, 2017, Maine voters went to the polls to vote on a ballot proposition that would expand Medicaid. The state legislature has passed an expansion of Medicaid 5 times on a bipartisan basis, but each time, Maine Governor Paul LePage has vetoed it. If Maine votes to expand Medicaid, it would become the first state to do so by ballot initiative.

Polls in Maine closed at 8pm ET. Live results are available here. We will be updating results throughout the night.

A "yes" vote supports this initiative to require the state to provide Medicaid through MaineCare for persons under the age of 65 and with incomes equal to or below 138 percent of the federal poverty line.

A "no" vote opposes this initiative to require the state to provide Medicaid through MaineCare for persons under the age of 65 and with incomes equal to or below 138 percent of the federal poverty line.

Maine is one of 19 states where Republican governors or legislatures refused to expand Medicaid under the Affordable Care Act (also known as Obamacare.)

Medicaid in Maine is called Mainecare and if Ballot Question 2 passes, it would expand the eligibility for coverage under MaineCare to approximately 70,000 additional Maine residents, most of whom earn up to 138 percent of the federal poverty level — or approximately $16,000 a year for an individual and $34,000 for a family of four.

If Medicaid expansion passes, that means that the federal government will cover 94 percent of the costs of expanding Medicaid up front, but over time that would decline to 90 percent by 2020 and beyond.

If Question 2 passes, it will likely be viewed as an endorsement of Obamacare and an indictment of Donald Trump and Republicans' attempts to repeal President Obama's signature healthcare law. It would also be seen as a rebuke to Maine's Republican Governor Paul Le Page, who has been outspoken in his opposition to Question 2.