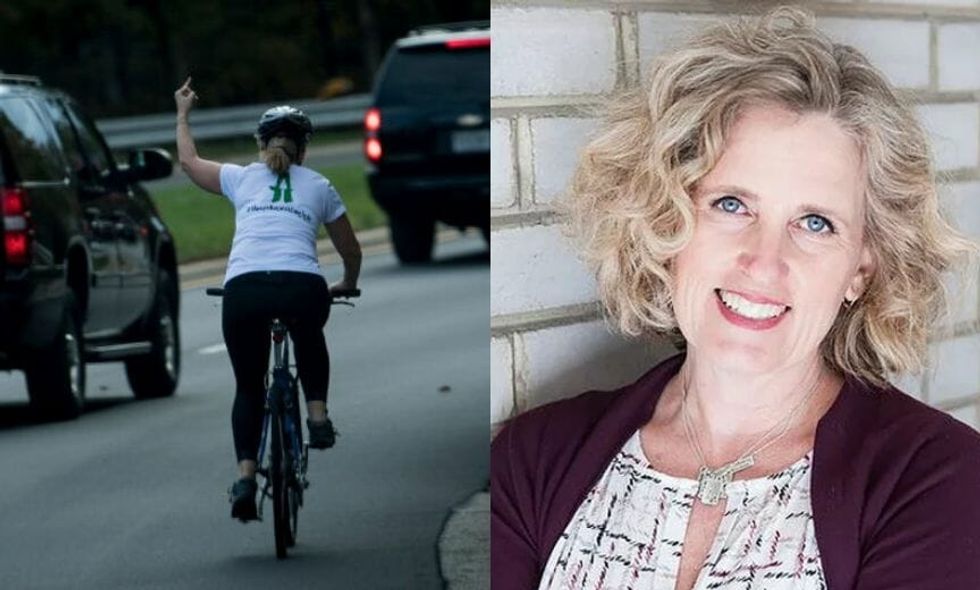 Democrats enjoyed a wealth of victories on Tuesday night, narrowly winning a gubernatorial race in Kentucky and flipping both chambers of Virginia's state legislature from Republican to Democratic.

The night wasn't without some full circle moments either. Among them was Juli Briskman.

In 2017, Briskman flipped off President Donald Trump's motorcade to show her frustration with his bungled relief efforts in Puerto Rico during Hurricane Maria and his treatment of immigrants. After a photo of the gesture went viral, Briskman's employers feared they'd lose their federal contract should Trump retaliate, leading them to fire her.

Now, Briskman has a new career path: she just won a local election, beating a Republican incumbent for a seat on the Loudoun County Board of Supervisors.

Looking forward to representing my friends & neighbors in #Algonkian District who backed me up today! So proud tha… https://t.co/UOvyzptWT5
— Juli Briskman (@Juli Briskman) 1573012404.0

Unlike the incumbent she beat, Briskman is a fierce advocate for education funding and environmental awareness.

The poetic justice of her victory had people cheering.

What's more, Briskman's win was just one of many triumphant moments in Virginia that night.

Danica Roem has made history for a second time, becoming the first out transgender person to win reelection to a st… https://t.co/e1SrjHk9od
— The Daily Beast (@The Daily Beast) 1573009505.0

Democrats hope with this momentum that Virginia will be able to combat gerrymandering and pass gun reform. Many also hope the blue wave in the state represents a growing exasperation with Trump's behavior in office, signaling good news for 2020.