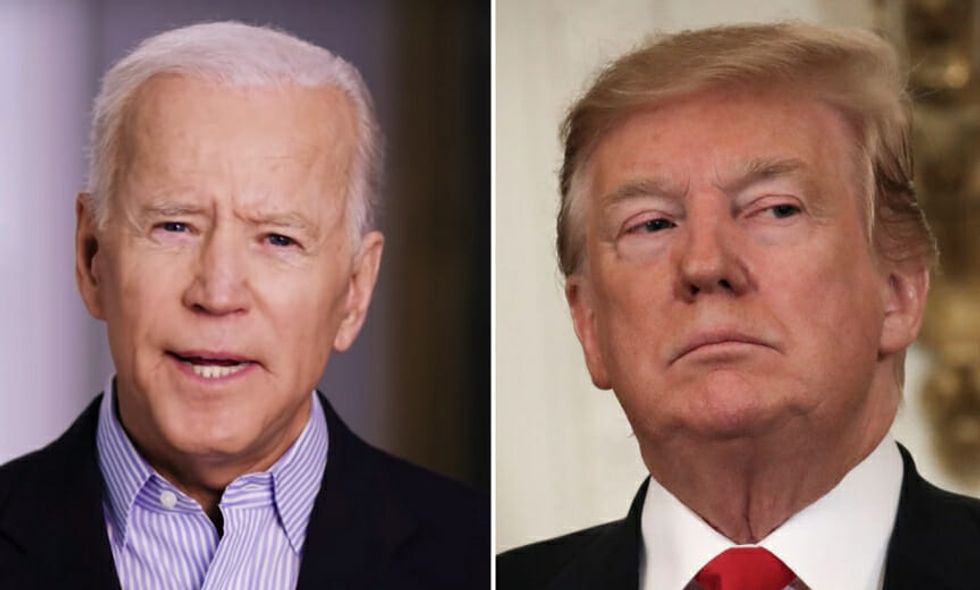 In the video message, Biden recalls the white supremacist and neo-Nazi groups that descended on Charlottesville, Virginia in 2017. Trump's responses at the time were widely criticized for placing Nazis and those who march against them on the same moral plane. Biden says that hearing Trump's response made him realize "the threat to this nation was unlike any that I'd ever seen in my lifetime."

"If we give Donald Trump eight years in the White House, he will forever and fundamentally alter the character of this nation."

It wasn't long before Donald Trump responded through his favorite medium, Twitter, where he christened Biden with a nickname and insulted his intelligence.

Trump—who is two years into his first ever position in public office—gave the former Vice President and 30 year Senator advice on the Democratic primary, warning that it would be "nasty." Trump should know, given that in his Republican primary, he insulted an opponent's wife's looks, calling an opponent an 'embarrassment to his family,' and referenced the size of his penis on a national debate stage.

People began calling him out.

@realDonaldTrump ‘Sleepy Joe’ is one of the odd nickname coming from a man who does nothing but sit in front of his TV all day and not work
— Roland Scahill (@Roland Scahill) 1556195125.0

It's going to be a long year and a half.