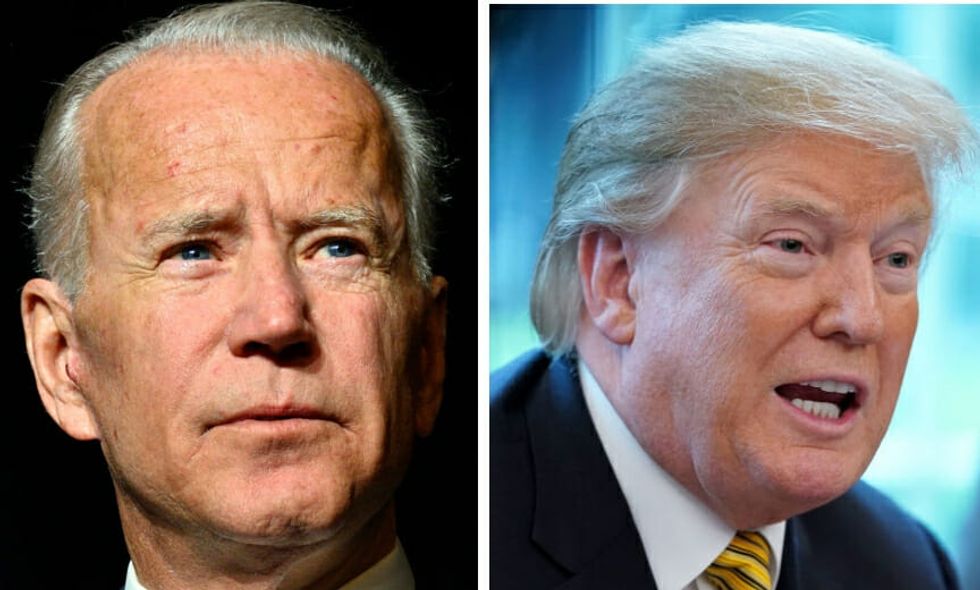 After months of speculation, former Vice President Joe Biden officially announced his candidacy for the 2020 Democratic nomination for president.

Trump chastised Biden again while speaking with reporters on the White House lawn:

"Well I think that I just feel like a young man...I am a young, vibrant man. I look at Joe, and I don't know about him," the president said. When asked how he intended to beat Biden, Trump responded: "I would say easily."

However, the first poll since Biden's announcement spells bad news for Trump.

The survey, conducted by Hill-HarrisX, surveyed 1,000 registered voters. Biden bested Trump, 43 percent to 37 percent, indicating that an election between the two may pose more of a challenge to Trump than expected.

Many expressed support for Biden in response to the poll.

@joncoopertweets This! If we want Trump out, we have to pick someone who can beat him. It’s that simple.
— dallasshayshay (@dallasshayshay) 1556280016.0

@joncoopertweets He is the only democratic candidate that could sway the moderate republican favorable. His choice… https://t.co/MBxPbWf4go
— Stormy (@Stormy) 1556223385.0

@joncoopertweets Competence mainly, Joe Biden understands that being a POTUS is about service - not a series of Twe… https://t.co/cAd7noCpfe
— Ernie Sparles (@Ernie Sparles) 1556187939.0

Some reminded others of a lesson learned the hard way in 2016.

The assurance of polls should never outweigh the importance of action.