Trump Went After Jeff Sessions on Twitter Again, and This Time Sessions Has No ****s to Give

Did he just dare Trump to fire him? 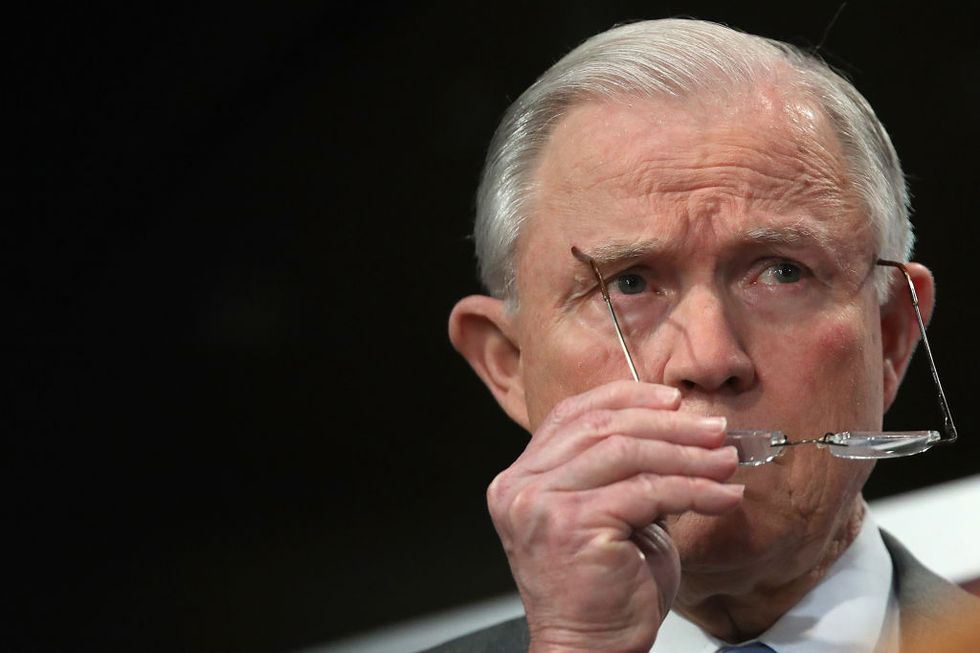 After President Donald Trump attacked Attorney General Jeff Sessions on Twitter, calling Sessions' decision to have the Justice Department inspector general––not prosecutors––to investigate potential abuses by the FBI on surveillance warrants "disgraceful," Sessions responded with a statement of his own, breaking his silence for the first time after months of criticism from the president.

"Why is A.G. Jeff Sessions asking the Inspector General to investigate potentially massive FISA abuse. Will take forever, has no prosecutorial power and already late with reports on Comey etc. Isn’t the I.G. an Obama guy? Why not use Justice Department lawyers?" Trump wrote.

Trump referred to Foreign Intelligence Surveillance Act, which regulates government monitoring of the communications of suspected foreign agents, which establishes procedures for the physical and electronic surveillance and collection of "foreign intelligence information" between "foreign powers" and "agents of foreign powers" suspected of espionage or terrorism.

It did not take long for Sessions to respond:

"We have initiated the appropriate process that will ensure complaints against this Department will be fully and fairly acted upon if necessary," Sessions said in a statement. "As long as I am the Attorney General, I will continue to discharge my duties with integrity and honor, and this Department will continue to do its work in a fair and impartial manner according to the law and Constitution."

The exchange is sure to inflame hostilities between the president and his attorney general, whom he has often denigrated for recusing himself from the Justice Department’s investigation into Russian meddling.

Trump's criticisms of Michael Horowitz, the inspector general, are unfounded, news outlets have noted, because Horowitz is more than just an "Obama guy." Horowitz rose to the position of inspector general in 2012, during former president Barack Obama's tenure, after years of service under both Democratic and Republican administrations. Horowitz is currently spearheading the investigation into the FBI's handling of the 2016 investigation into Hillary Clinton's use of a private email server, an issue which the president has often employed to curry favor with his base.

As Reuters's Jonathan Landay notes, the president "has violated the principle of preserving judicial and prosecutorial independence numerous times," perhaps most notably when he promised his supporters that he'd appoint a special prosecutor to investigate Hillary Clinton. (He has also criticized federal courts for ruling against his immigration policy and his attempt to ban transgender individuals from serving in the military.

We are now starting to see high level officials stand up to the bullying and recklessness of @realDonaldTrump. Th… https://t.co/GvWImgsLyv
— Ted Lieu (@Ted Lieu) 1519844549.0

If Jeff Sessions is fired, you're not gonna get Judge Jeanine at AG. You're going to get someone like Rod Rosenstei… https://t.co/KDokHVcCKn
— Scott Greer (@Scott Greer) 1519838303.0

The latest feud between Sessions and Trump is likely to be worsened by the announcement by a statement released by Representative Adam Schiff (D-CA), the top-ranking Democrat on the House Intelligence Committee.

The official statement addresses outstanding subpoena requests in the Russia probe. Schiff states that Chairman Devin Nunes, who recently made headlines over the hotly debated "Nunes memo," which alleges abuses of covert surveillance powers by the FBI, "has thus far refused to issue" subpoenas for Donald Trump Jr., Steve Bannon, Hope Hicks, and others.