This is not normal. 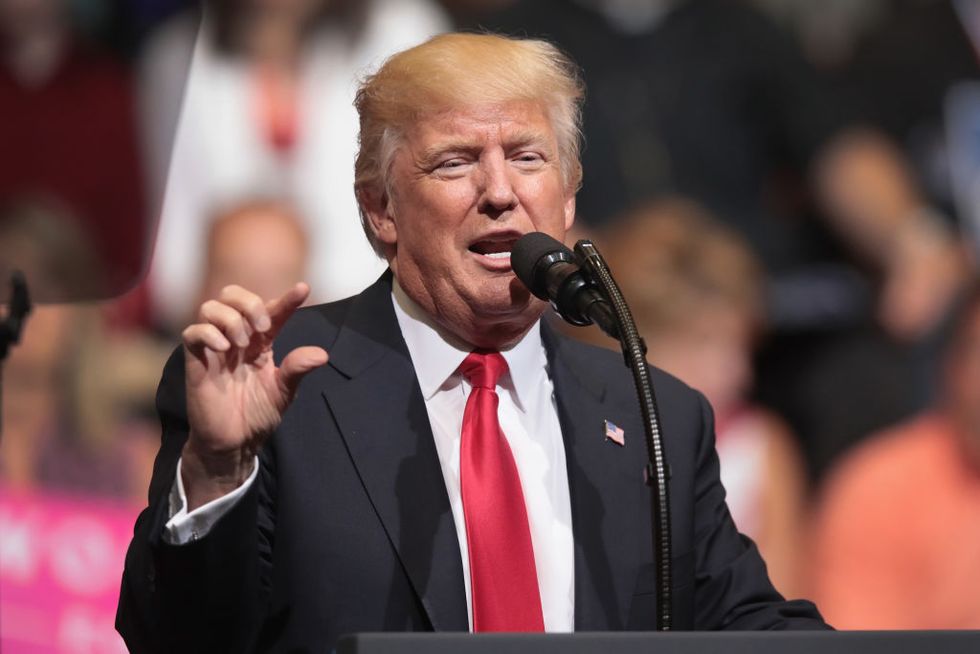 CNN's Jake Tapper rightfully excoriated President Donald Trump on Tuesday, following the president's reckless Tweet threatening nuclear war with North Korea. Tapper expresses his (and likely everybody else's) bewilderment at the president, 71, using Twitter to bicker with North Korea over "whose nuclear button is bigger and whose is more powerful."

Nuclear tensions with North Korea are at an all-time high, and both Mr. Trump and Mr. Kim seem incapable of thoughtful restraint in their mutual taunting over nuclear weapons. Former Chairman of the Joint Chiefs of Staff Admiral Mike Mullen stated on Sunday that the United States is "closer to a nuclear war with North Korea" than ever before.

"It may be difficult for some of you to wrap your minds" around the idea of the President of the United States poking the proverbial nuclear bubble, Tapper states. A nuclear exchange would "murder millions of people," he added.

President Trump habitually demonstrates a complete lack of understanding regarding the dangers of nuclear weapons, and Tuesday's tweet is certainly no exception.

"North Korean Leader Kim Jong Un just stated that the “Nuclear Button is on his desk at all times.” Will someone from his depleted and food starved regime please inform him that I too have a Nuclear Button, but it is a much bigger & more powerful one than his, and my Button works!"

The president posted this tweet shortly after the New York Timesrevealed that Fusion GPS, the company that funded the infamous Russia dossier, wants its congressional testimony made public.

In his New Year's Day message, North Korean leader Kim Jong-un stated that "the entire mainland of the US is within range of our nuclear weapons and the nuclear button is always on my desk of my office." Incidentally, no such nuclear "button" exists in the United States, and Tapper categorizes North Korea's claim of a desktop button to be "questionable."

North Korea has refused to dismantle its nuclear program, which has seen a surge in capability in the last few years.

In September, North Korea detonated its first hydrogen bomb. Then in November, Mr. Kim launched a successful test of an intercontinental ballistic missile capable of hitting any target within the United States.

While it is unknown if North Korea has the technology to mount a deliverable nuclear warhead to any of its ICBMs, the rogue nation's recent nuclear tests make one thing very clear: it's only a matter of time.