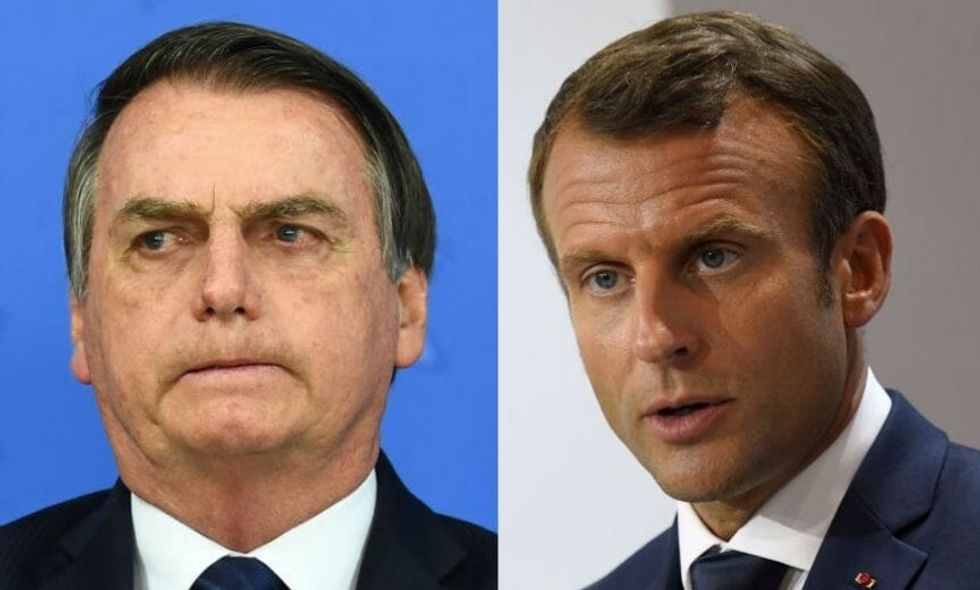 Brazillian President Jair Bolsonaro refused to accept $22 million worth of aid from G7 countries to extinguish the fires raging through the Amazon rainforest, which supplies a wealth of the world's most vital resources.

Bolsonaro then signaled that he would consider accepting the aid when French President Emmanuel Macron apologizes.

The feud between the two leaders began when, at the recent G7 Summit, Macron criticized Bolsonaro's handling of the fires and implied that he was a liar. Bolsonaro took this as an insult to Brazil's sovereignty. He later laughed at a Facebook post negatively comparing his wife to Macron's. Macron called the comments "sad" and said that the women of Bolsonaro's country were sad to read his comments as well.

Naturally, President Donald Trump soon joined in, voicing support for Bolsonaro, whom he claimed was "working very hard" to extinguish the fires. Bolsonaro, who himself has often been compared to Trump, expressed gratitude for the president's words and bolstered the comparisons between the two by saying:

"The fake news campaign built against our sovereignty will not work."

Another comparison drawn between Bolsonaro and Trump was the pettiness of refusing aid for the sake of pride.

I think Trump has permanently broken the media at large and the Bolsonaro/Macron crap is the latest example of that… https://t.co/8dypHbMRD9
— botoxed camel (@botoxed camel) 1566929725.0

The Amazon continues to burn, destroying communities and resources.