Is There Such A Thing As "Alt-Left?" A Glossary Guide to the Street Wars

Just what does Trump mean when he says "both sides" are to blame? 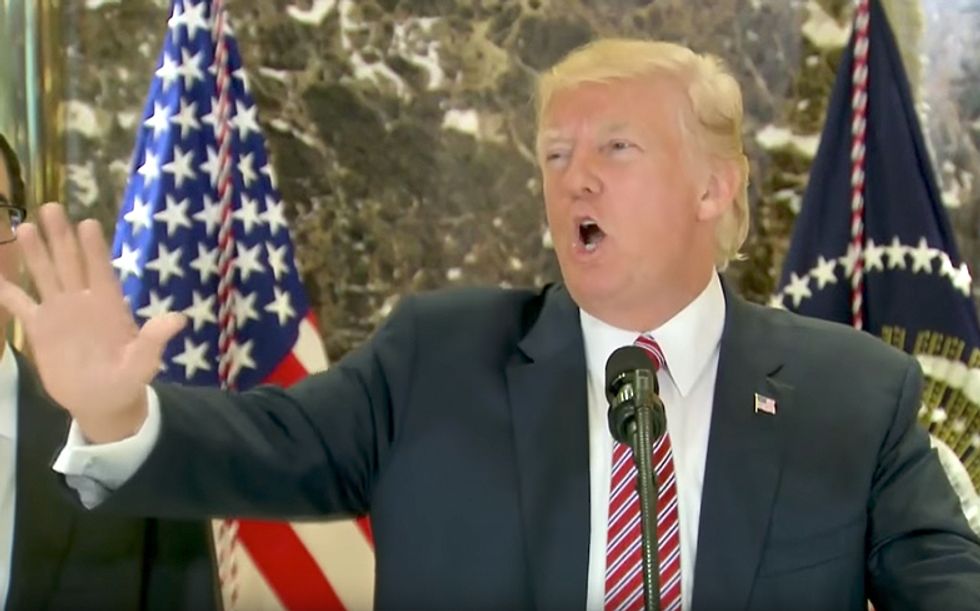 First on Saturday, then again on Tuesday, Donald Trump insisted that there were two sides to the conflict that took place in Charlottesville. As he sparred with reporters in the lobby of Trump Tower on Tuesday afternoon, he insisted there was "blame on both sides" and issued this challenge:

“What about the ‘alt-left’ that came charging at the, as you say, the ‘alt-right’? Do they have any semblance of guilt?”

But is there really such a thing as the "alt left?" And what, for that matter, is the "alt right?"

The New York Times sought to define the terms that have become a part of the Trump lexicon.

The term "Alt Right" is shorthand for the racist anti-semitic white nationalist movement that has risen in prominence in the U.S. over the past few years.

The movement, which opposes the left on all fronts including feminism, gay rights, and immigrant rights, is for the most part decentralized but thrives online "where its ideology is spread via racist or sexist memes with a satirical edge."

According to experts, the alt left is not a real movement, but rather a term made up by apologists of rightwing extremism to create a false equivalence between the left and right, as Trump did yesterday.

As Mark Pitcavage of the Anti-Defamation League puts it:

Read more on the next page...

Antifa is short for "anti-fascist" and is a term that derived in Germany in the 1960s and 70s to refer to activists who opposed right wing extremism.

The term has emerged yet again with the rise of the alt right movement in the U.S. Antifa is often used to refer to anyone who challenges and physically confronts white supremacists.

S.J.W. is short for “social justice warrior” and was coined by the right as derogatory shorthand to refer to those who fight for progressive causes, anything from racial justice to same sex marriage to reproductive rights.

According to The Times, "It is also sometimes used to imply that a person’s online advocacy of a cause is insincere or done for appearances."

As white supremacist protesters marched through the streets of Charlottesville Friday night, one of the phrases they could be heard chanting was "blood and soil."

According to the Times, this is a 19th Century German nationalist term, which was adopted by the Nazis in the 1930s and 1940s to connote "a mystical bond between the blood of an ethnic group and the soil of their country." The modern neo-Nazi alt right movement has co-opted it as their own.

There are more where these came from at The Times.